Kelly Price net worth: Kelly Price is an American R&B singer and reality star who has a net worth of $2.5 million. Kelly Price earned her net worth through being a backing singer for many popular artists like Mariah Carey and as a solo singer. Just like other powerhouse singers, Price started singing in a church choir when she was just a toddler. It is safe to say that the New Yorker came to fame when she became Mariah Carey's backing vocalist, appearing on a string of hits, including Fantasy and Someday. She was also a backing vocalist for Brian McKnight, Faith Evans, SWV, R-Kelly and Aretha Franklin. In the late nineties, Price went to launch her solo career: she released her debut album, Soul of a Woman on Island Records. The 1998 album produced a hit single Friend of Mine, stealing the number one spot in the US R&B charts. Price then switched to Def Jam Records and released her second album Mirror, Mirror – which produced Grammy-nominated single, As We Lay. Her third album, Priceless was just as successful: the 2003 album was certified gold. Her latest album, Kelly (2011), received three Grammy Awards for Best R&B album, Best R&B Performance and Best R&B Song. Besides being a knock-out solo artist, Price is also a notable songwriter and has collaborated with high profile acts, including Notorious B.I.G, Puff Daddy, LL Cool J, Mary J.Blige and the late Whitney Houston. In July 2013, Kelly Price began appearing on the reality series "R&B Divas" which airs on the TV One network. 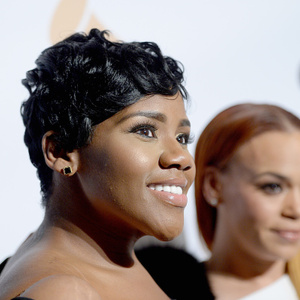