Kelly Hansen net worth: Kelly Hansen is an American singer who has a net worth of $3 million. Kelly Hansen was born in Hawthorne, California in April 1961. Hansen is best known for being the lead singer of the rock band Foreigner. Before joining the band Hansen worked as an independent studio singer.

In 1984 he formed the band Hurricane which released four albums and had a moderate hit with the single "I'm on to You" before their label went bankrupt in 1991. After that he recorded with artists including Don Dokken and Slash's Snakepit. In 1998 he became the vocalist for the band Unruly Child who recorded an album in 1999. He rejoined Hurricane in 2001 and the band released a new album. In 2005 Hansen became the fourth lead singer of the band Foreigner. Hansen was featured on their 2009 album Can't Slow Down on Rhino Records which had moderate success. He has also recorded albums with the bands Air Pavilion and Perfect World as well as with Stuart Smith and Tim Donahue. 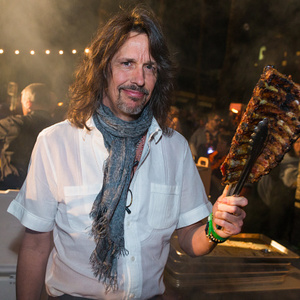