Kelis Net Worth: Kelis is an American singer-songwriter who has a net worth of $4 million. Kelis acquired that net worth as a Hip Hop and R&B singer, selling over six million records worldwide. She has been nominated for two Grammy Awards. Born Kelis Rogers on August 21, 1979, in Harlem, New York City, US, she has enjoyed a successful music career enriched by various accolades including Brit Awards, Q Awards, NME Awards, as well as two Grammy nominations.

Being as rebellious as talented, Kelis left her parents' home at the age of sixteen, and four years later she landed a deal with Virgin Records. In the mid-1998, she had already started to record her debut album Kaleidoscope, which was completed and released within a year. The album spawned few sizable hits, like Caught out There, that enjoyed enormous popularity across Europe. But not only Kelis' music, but also her colorful style in both clothing and hair captured audiences' attention. In 2001, this unique artist released her second album, Wanderland, exclusively in Europe, Asia and Latin America. However, it was her third release Tasty (2003) via Arista that brought Kelis mainstream success. Subsequently, 2 more albums came to light, Kelis Was Here (2006) and Flesh Tone (2010). Today, she is already busy working on her sixth and second release. In addition to the above, her plentiful opus includes stage performances on Moby's Area One Tour, U2's Elevation Tour, Britney Spears' The Onyx Hotel Tour, as well as on her All Hearts Tour with Robyn. When it comes to Kelis' private life, she has one son named Knight with her ex-husband Nas, a rapper and actor. The couple married in 2005, but the liaison ended with a divorce in May of 2010. 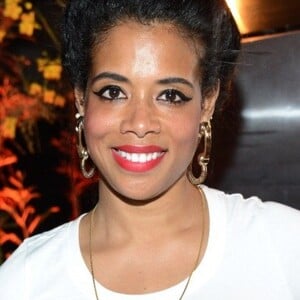