How much is Keisha Epps Worth?

Keisha Epps net worth: Keisha Epps is an American singer who has a net worth of $4 million. Keisha Epps was born in January 1970. She is an R&B singer who is best known for being a part of the girl group Total. She married Omar Epps in 2006 after they started dating in 1999. Total formed in 1994 and also consists of Kima Dyson and Pamela Long. The group was a signature act for Bad Boy Record owned by Sean Combs. The group Total released their self-titled debut studio album in 1996. The album reached #4 on the US R&B chart, #23 on the Billboard 200 chart, and #28 in Canada. Total released the album Kima, Keisha, and Pam in 1998 and that album reached #9 on the US R&B chart and #39 on the Billboard 200. Total's popular singles include "Can't You See" (featuring The Notorious B.I.G.), "No One Else" (featuring Da Brat), "Kissin' You", "What About Us?", and "Trippin" (featuring Missy Elliott). 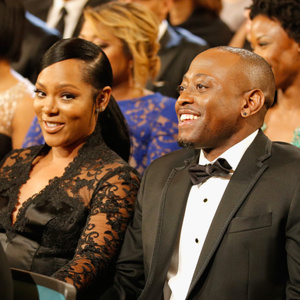