What is Katy Perry's Net Worth?

Katy Perry is an American singer, songwriter and television judge. Katy Perry's net worth is $330 million. Katy Perry is one of the highest paid entertainers in the world, and has been for over a decade.

Katheryn Elizabeth Hudson was born in Santa Barbara, California, on October 25, 1984, to Pentecostal pastors Mary and Maurice. She was brought up in a strict Christian home. Due to her parents work setting up churches, Perry moved around the country from ages 3 to 11, before settling back in at Santa Barbara. She has two siblings. While growing up, Perry was only allowed to listen to religious music, primarily gospel music, and discovered pop music by sneaking CDs from friends. She began vocal training at age 9, because her sister was taking vocal lessons at the time too and Perry wanted to be like her, and sang in her parents' church. 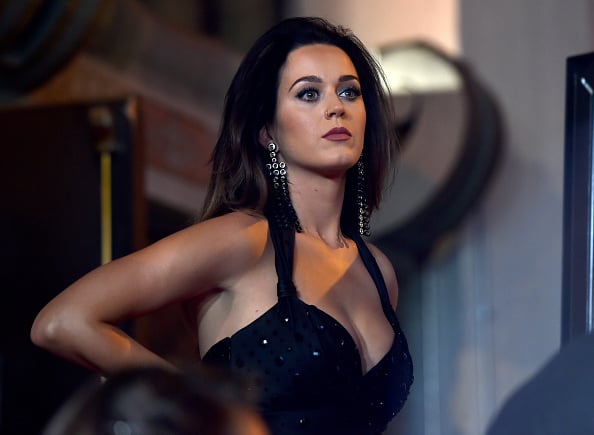 Having completed her General Educational Development (GED) requirements at the age of 15, Perry left school to pursue a career in music. She caught the eye of rock artists Steven Thomas and Jennifer Knapp, and moved to Nashville, Tennessee, to work with them. After signing with Red Hill Records, her debut album, a gospel record "Katy Hudson", was released in 2001. The album was commercially unsuccessful, only selling an estimated 200 copies, despite positive reviews from critics.

At the age of 17, Perry moved to Los Angeles, where she transitioned from gospel music to secular pop. She remained here until she signed to the label Java in 2004, which was then affiliated with The Island Def Jam Music Group. After Java was dropped, Perry signed with Columbia Records, where she worked on her album until she was dropped by the label in 2006.

Perry was signed to Capitol Records in April 2007, where she worked with the producer Dr. Luke on material for her second album "One of the Boys". To promote the album, her song "Ur So Gay" was released a digital EP in November 2007, but Perry's success and rise to fame did not really start until the release of her single "I Kissed a Girl" in April 2008. From January to November 2009, Perry went on the Hello Katy Tour, her first headlining world tour. 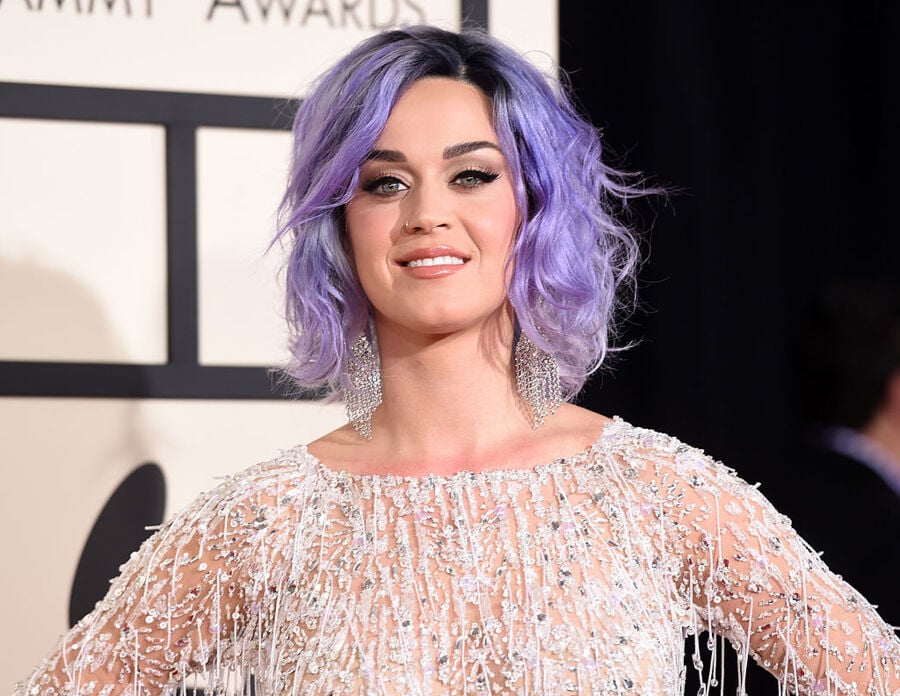 Following a stint on the TV competition show "American Idol" as a guest judge, Perry released "California Gurls", the first single from her upcoming third studio album "Teenage Dream", on May 7, 2010. It reached number one on the Billboard Hot 100 in June of that year. The album "Teenage Dream" was released on August 24, 2010, and debuted at number one on the Billboard 200, despite mixed reviews from critics. A total of five singles from the album were released ("California Gurls", "Teenage Dream", "Firework", "E.T.", and Last Friday Night (T.G.I.F.)"), all topping the Billboard Hot 100, making Perry the first female artist to achieve five number-one Billboard Hot 100 songs from one album. She was only the second artist at the time to do so, after Michael Jackson.

With her amazing commercial success, Perry was named the sixth best-selling digital artist in the United States on January 5, 2012, with sales of 37.6 million units. From February 2011 to January 2012, Perry went on her second headlining tour, the California Dream Tour, which grossed $59.5 million globally. Her autobiographical documentary "Katy Perry: Part of Me" was released through Paramount Pictures on July 5, 2012, and grossed $32.7 million worldwide at the box office.

Her fourth studio album "Prism" was released on October 18, 2013, and sold 4 million copies by August 2015. Perry's third headlining tour to promote the album, the Prismatic World Tour, lasted from May 2014 to October 2015, and grossed $204.3 million worldwide after selling almost 2 million tickets. She also performed at Super Bowl XLIX halftime show on February 1, 2015, and the viewership numbers for her show (114.4  million) were higher than those that watched the actual game.

On June 17, 2014, Perry announced the formation of her own record label under Capitol Records, Metamorphosis Music, later renamed Unsub Records. Her fifth album "Witness" was released on June 9, 2017, for which she toured from September 2017 to August 2018 on Witness: The Tour. 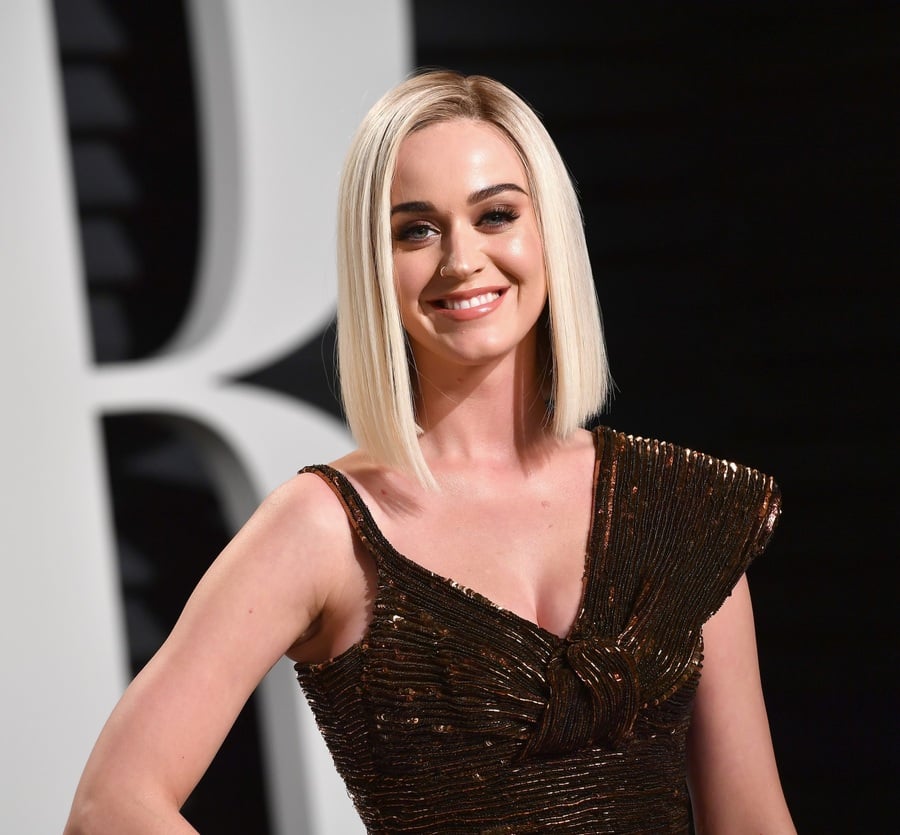 In addition to her music career, Perry has made numerous guest appearances on shows such as "Saturday Night Live", "The Simpsons", "How I Met Your Mother" and "Raising Hope". Her film debut came in 2011, when she starred as Smurfette in the animated family film "The Smurfs". She reprised her role in "The Smurfs 2" in 2013.

How much does Katy Perry make to host American Idol?

In March 2018, Kate Perry signed on to be a judge on ABC's "American Idol" revival. Her salary in the first season was $15 million. Starting in the 2019 season, Katy's American Idol salary was bumped to $25 million.

She also has made a number of business ventures, including multiple fragrances: Purr (2010) and Meow! (2011), Killer Queen (2013), and Mad Potion (2015); investing in Popchips and becoming spokesperson for the brand in 2012; and launching her mobile app game "Katy Perry Pop" in December 2015 through Glu Mobile.

Perry met future husband Russell Brand in the summer of 2009, and the couple became engaged that December. They married on October 23, 2010 in Rajasthan, India, but divorced 14 months later. With no prenup, Perry could have been on the hook for an estimated $22 million divorce settlement. In the end however, the separation was settled on much lower terms. 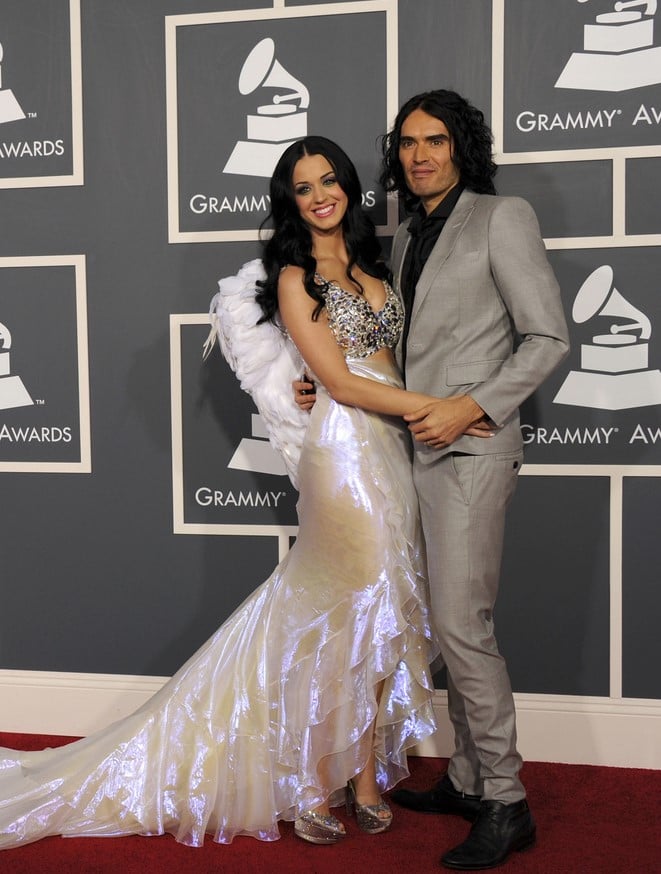 She began dating actor Orlando Bloom in early 2016, and became engaged to him in February 2019.

In 2014, Katy struck a deal with the Los Angeles Catholic Archdiocese to purchase an 8.5-acre property complete with 1920s mansion for $14.5 million. The deal was to consist of $10 million in cash and $4.5 million in the form of another property for the three nuns who were occupying the property at the time. Unfortunately, a few months later those nuns who had been residing at the mansion for decades struck a separate deal to sell the house to a businesswoman named Dana Hollister for a slightly higher amount that would have been paid to their order directly. This set off a years-long court battle over the property. One of the nuns actually died IN COURT. Ultimately, Dana was ordered to pay $6.5 million in damages for interfering with the sale. Katy's option to buy the house expired in August 2019 but as of this writing the Archdiocese is reportedly still open to closing with Katy as soon as she is able to acquire an adequate replacement property for the nuns.

In 2018 she spent $7.5 million for another Beverly Hills home. This one was occupied by family members until Katy decided to list the property in 2020 for $8 million.

In 2019, while the nun court battle was finally wrapping up, Katy sold two side-by-side homes in LA's Runyon Canyon area for a combined $12.3 million.

In October 2020, Katy and Orlando paid $14.2 million for a roughly 9-acre estate in Montecito, California. Here's a video tour:

Katy Perry's net worth is $330 million. Ever year for over a decade she has been one of the highest-paid celebrities on the planet. In some years she has earned more than $50 million from her various endeavors. Her annual earnings have topped $100 million in one year.