Kate Nash Net Worth: Kate Nash is an English musician and actress who has a net worth of $2 million. Born in Harrow, London, England, in 1987, Kate Nash first broke onto the music scene in 2005. She released her first single, "Caroline's a Victim"/"Birds", two years later with just a few thousand copies made available.

Her first studio album, "Made of Bricks", released the same year. She has since dropped two more studio albums: 2010's "My Best Friend Is You" and 2013's "Girl Talk". Her 2007 single "Foundations" climbed to number two on the U.K. charts before her debut album topped the charts. In 2008, she earned Best Female Artist honors at the BRIT Awards. In addition to music, Nash has made several acting appearances, scoring roles in "Greetings from Tim Buckley", "Syrup", and "Powder Room". She is active in politics and charity, working on LGBT rights and performing at pride parades. Nash, who is known for her ever-changing hair color and unique punk rock style, often makes headlines over her sexuality; she has refused to identify herself as straight, bisexual, or gay. In 2007, she began what would turn into a five-year relationship with the front man of the band The Cribs, Ryan Jarman. 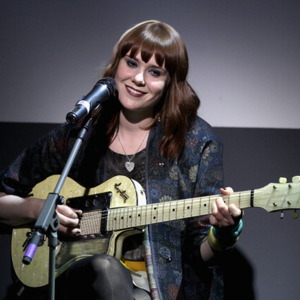