Kate Ceberano net worth: Kate Ceberano is an Australian singer who has a net worth of $10 million. Kate Ceberano was born in Melbourne, Victoria, Australia in November 1966. Her debut studio album You've Always Got the Blues was released in 1988 and reached #7 in Australia. Ceberano's second album Brave was released in 1989 and reached #2 in Australia where it was certified 3x Platinum. She would go on to release the albums Like Now, Think About It!, Blue Box, Pash, The Girl Can Help It, 19 Days in New York, Nine Lime Avenue, So Much Beauty, Bittersweet, Dallas et Kate, Merry Christmas, Kensal Road, and Lullaby. Ceberano has had several successful singles including the song "Bedroom Eyes" which reached #2 in Australia. She was appointed a Member of the Order of Australia in 2016. Ceberano won season six of Dancing with the Stars in Australia in 2007 and finished as runner-up in season three of the series It Takes Two. 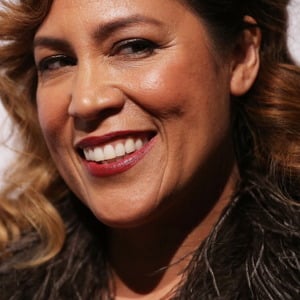