What is Kate Bush's Net Worth?

Kate Bush is an English singer, songwriter, musician, dancer, and record producer who has a net worth of $40 million. Kate Bush was among the most popular recording artists in the UK throughout the 1980s. Her hit albums include "Never for Ever" and "Hounds of Love," while her hit singles include "Wuthering Heights," "Babooshka," "Don't Give Up," and "Running Up That Hill."

The first solo British female artist to top the UK Albums Chart, Bush has been an influential figure on a wide range of musical artists. Bush has been nominated for three Grammy Awards and earned Commander of the Most Excellent Order of the British Empire honors in 2013. As of this writing, she is the only woman to chart albums in the top five in five straight decades in the United Kingdom.

Kate Bush was born on July 30, 1958 in Bexleyheath, Kent, England to medical doctor Robert and nurse Hannah. With her older brothers John and Paddy, she was raised in a 350-year-old former farmhouse. Influenced by her parents, who dabbled in song and dance, and her brothers, who were involved in the local folk music scene, Bush began teaching herself how to play the piano when she was 11. Additionally, she played the organ and violin, and started to compose her own songs. For her education, Bush went to St Joseph's Convent Grammar School.

When Bush was still a youth, her family produced a demo tape consisting of more than 50 of her original compositions. Eventually, by way of a mutual friend, the tape fell into the hands of Pink Floyd guitarist David Gilmour. He was so impressed that he had Bush record three tracks; he then had his friend Andrew Powell professionally produce the tape. Following this, the tape was sent to EMI executive Terry Slater, who signed Bush to his label. Given a substantial advance, Bush took time off to enroll in dance classes and mime training. She also fronted the KT Bush Band, which performed at public houses in London.

In 1978, Bush released her debut studio album, "The Kick Inside." A significant success, the album launched the hit singles "Wuthering Heights" and "The Man with the Child in His Eyes." To build on this success, Bush was urged by EMI to quickly put together her follow-up album, "Lionheart." Despite performing well, the album ultimately failed to reach the commercial heights of its predecessor. Bush went on to establish her own publishing and managing companies to maintain control of her output. She also went on a major concert tour, which would be her first and last. 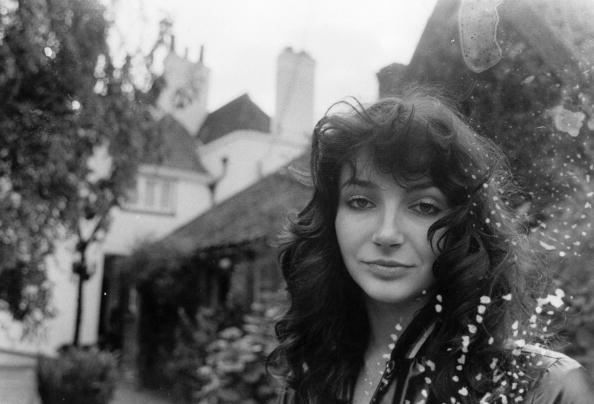 Bush had her biggest hit yet with her third studio album, "Never for Ever," which was released in 1980. Notably, the album reached number one on the UK Albums Chart, making Bush the first solo British female recording artist to achieve a number-one album. Moreover, "Never for Ever" spawned the hit single "Babooshka." In 1982, Bush released "The Dreaming," which was her first album to enter the Billboard 200 in the US.

With the release of her fifth studio album, 1985's "Hounds of Love," Bush truly became a musical sensation. Topping the UK Albums Chart, it launched the number-one hit single "Running Up That Hill." Other singles from the album were "Cloudbusting," "The Big Sky," and the title track. Bush had further success in 1986 with the single "Don't Give Up," a duet between her and Peter Gabriel; she also achieved her third number-one album in the UK with her greatest hits album "The Whole Story." Concluding the decade, Bush released "The Sensual World," which made it to number two on the UK Albums Chart.

In 1993, Bush released "The Red Shoes," her seventh studio album. Reaching number two in the UK, it also performed well in the US, making it to number 28. The album's singles included the hits "Rubberband Girl," "Moments of Pleasure," and the title track. Following "The Red Shoes," Bush disappeared from the public eye. She returned in late 2005 with her eighth album, "Aerial," which spawned one of her biggest hit singles in the UK, "King of the Mountain." Bush's next two albums, both released in 2011, were "Director's Cut," a compilation album, and "50 Words for Snow." Five years later, she released "Before the Dawn," an album of recordings from her 2014 London concerts. In 2019, Bush released the compilation album "The Other Sides."

"Running Up That Hill" and "Stranger Things"

"Running Up That Hill" experienced a major resurgence in popularity in 2022 when it was prominently featured in season four of the Netflix series "Stranger Things." As a result, the song became the most streamed tune on Spotify in multiple countries, and claimed the number one spot on the UK Singles Chart and the number three spot on the US Billboard Hot 100. Moreover, the renewed success of "Running Up That Hill" led to the resurgent popularity of its parent album, "Hounds of Love," which achieved a new peak on the Billboard 200 at number 21.

Bush is known for her wide-ranging musical style, which encompasses elements of numerous genres including progressive pop, experimental pop, art pop, and glam rock. Her vocal range is dramatic soprano, while her songwriting is marked by a bevy of literary and historical allusions. Gothic themes and dark humor are also evident in her songs.

Beginning in the late 70s, Bush was in a romantic relationship with musician and sound engineer Del Palmer. Following their separation, she dated guitarist Danny McIntosh, whom she eventually married. The couple has a son named Bertie.

In 2002, Bush received an Ivor Novello Award for Outstanding Contribution to British Music. Later, in 2013, she was named a CBE for her contributions. 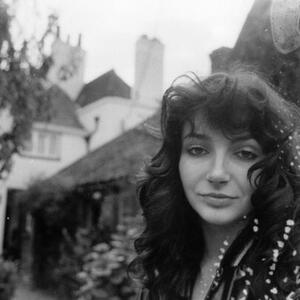