Katerina Graham Net Worth: Katerina Graham is a Swiss-born American actress, model, singer, and dancer who has a net worth of $3 million. Katerina Graham was born in Geneva, Switzerland in September 1989. She is best known for the role of Bonnie Bennett on the TV series The Vampire Diaries. Graham was raised in Los Angeles, California. She started acting at six years old and appeared in commercials for Barbie, Pop Tarts, and K-Mart. She was a background dancer for lil' Bow Wow at the BET Awards when she was 15 years old. She also worked as a dancer for Missy Elliott, Jamie Foxx, and Pharrell. She was a member of the Fantanas, appearing in Fanta commercials at 17 years old. She appeared in music videos by Akon, Christina Millian, Justin Bieber and Usher, John Legend, B2K, Nelly, and Usher. Her film debut came in the 1998 movie The Parent Trap. Katerina has appeared in episodes of Lizzie McGuire, Strong Medicine, Malcom in the Middle, Joan of Arcadia, Grounded for Life, The O.C., CSI: Crime Scene Investigation, Greek, and Hannah Montana. She has starred in the movies Johnson Family Vacation, 17 Again, The Roommate, and Honey 2. As a singer she has released three EPs including Against the Wall in 2012 which hit #4 on the US Heat chart. Her 2012 single "Put Your Graffiti On Me" hit #5 on the US Dance chart. 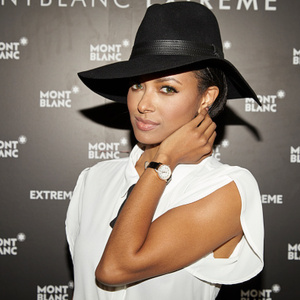