Karol Sevilla net worth: Karol Sevilla is a Mexican singer, songwriter, actress, and YouTube personality who has a net worth of $4 million. Karol Sevilla was born in Mexico City, Mexico in November 1999. As an actress she starred on the television series La rosa de Guadalupe from 2008 to 2016. One of her best known roles has come starring as Luna Valente on the Disney Channel TV series Soy Luna starting in 2016.

Karol Sevilla has also appeared in episodes of the TV series Mujeres asesinas in 2009, Para volver a amar from 2010 to 2011, Amorcito Corazo in 2011, and Como dice el dicho from 2012 to 2014. At six years old she began starring in commercials. Karol Sevilla has also starred in stage productions including The Wizard of Oz. She has won Nickelodeon Kids' Choice Awards in Argentina, Colombia, and Mexico. In addition to being a singer she also plays the drums. 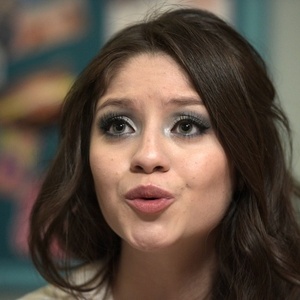