Karla DeVito net worth: Karla DeVito is an American singer and actress who has a net worth of $2 million. Karla DeVito was born in Mokena, Illinois in August 1953. In 1993 she voiced the role of Officer Miranda Wright on the television series Bonkers. DeVito appeared in the films Modern Love and Straight Outta Tompkins.

She has also appeared in or provided voice work for episodes of the TV series The Legend of Prince Valiant, Family Album, Phantom 2040, Road Rovers, Sabrina, the Teenage Witch, Fired Up, and The New Batman Adventures. DeVito wrote for the film Betrayal of the Dove and associate produced the move Straight Outta Tompkins. As a singer she toured with Meat Loaf, Blue Oyster Colt, and more. DeVito released her debut studio album Is This a Cool World or What? in 1981 and the album Wake 'Em Up in Tokyo in 1986. She starred on Broadway in The Pirates of Penzance with her future husband Robby Benson. 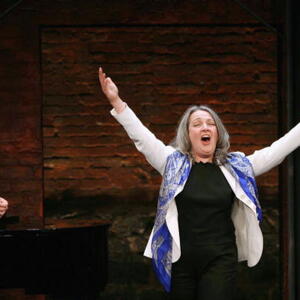