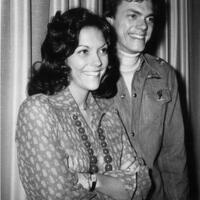 What was Karen Carpenter's Net Worth?

Karen Carpenter was an American singer and drummer who had a net worth of $6 million at the time of her death in 1983. That's equal to around $14 million today after adjusting for inflation. Technically she only had around $2,000 in cash in her bank account at the time of her death. The rest of her fortune was invested in illiquid assets which eventually caused her estate to incur huge tax burdens. More than 60% of her net worth was eaten away by final expenses and taxes.

Karen Carpenter was best known as one half of the music duo the Carpenters alongside her brother Richard Carpenter. She achieved major success throughout the 70s with such hit singles as "(They Long to Be) Close to You," "We've Only Just Begun," and "Top of the World."

Carpenter struggled with anorexia nervosa, and passed away from heart failure due to the disorder in 1983.

Karen Carpenter was born on March 2, 1950 in New Haven, Connecticut to Harold and Agnes. Her only sibling was her older brother Richard, who was a piano prodigy. Carpenter, meanwhile, had a passion for dancing at an early age, and was enrolled in ballet and tap classes when she was four. She also enjoyed playing baseball and softball. In 1963, the family relocated to Downey, California; there, Carpenter went to Downey High School, where she joined the school band. She soon developed a love for the drums, and after convincing her parents to buy her a kit, taught herself how to play. After graduating from high school in 1967, Carpenter enrolled at California State University, Long Beach as a music major. At the school, she performed in the choir with her brother.

While still in high school in 1965, Carpenter, her brother Richard, and his friend Wes Jacobs formed the Dick Carpenter Trio. The band performed in nightclubs and appeared on the television talent show "Your All-American College Show." In 1966, the trio was invited to audition at a session with bassist Joe Osborn. At the audition, Carpenter impressed everyone with her incredible voice, causing Osborn to sign her to his label Magic Lamp Records. The following year, Carpenter took a leave from the trio to attend the Juilliard School. When she returned to the band, she and her brother brought new musicians in to form the group Spectrum.

With her brother Richard, Carpenter signed to A&M Records in 1969 as the music duo the Carpenters. In the beginning, she was both the drummer and the co-lead singer. The Carpenters went on to release their debut studio album, originally called "Offering"; it was later retitled "Ticket to Ride" after the duo's cover of the eponymous Beatles song, which was the album's only minor hit. Much more successful was the Carpenters' second album, 1970's "Close to You," which reached number two on the Billboard 200. Moreover, it spawned the hit singles "(They Long to Be) Close to You" and "We've Only Just Begun," which peaked at number one and number two, respectively. "Close to You" went on to receive eight Grammy Award nominations, winning two. The Carpenters continued their success with their self-titled third album, which included the hit singles "For All We Know," "Rainy Days and Mondays," and "Superstar." This album was followed in 1972 by "A Song for You," which launched the number-one hit "Top of the World."

Starting with the group's fifth studio album, 1973's "Now & Then," Carpenter did less drumming and more singing. In 1975, the Carpenters released "Horizon," their first album not to crack the top five in the United States. However, it reached number one in the United Kingdom and Japan. Next came "A Kind of Hush," which was recorded as Richard was struggling with an addiction to Quaaludes. Because of this, the Carpenters often had to cancel tour dates; by 1978, they stopped touring at all. Despite this, the group released three more albums: "Passage," "Christmas Portrait," and "Made in America." Four albums were also released following Carpenter's passing: "Voice of the Heart," "An Old-Fashioned Christmas," "Loveliness," and "As Time Goes By." 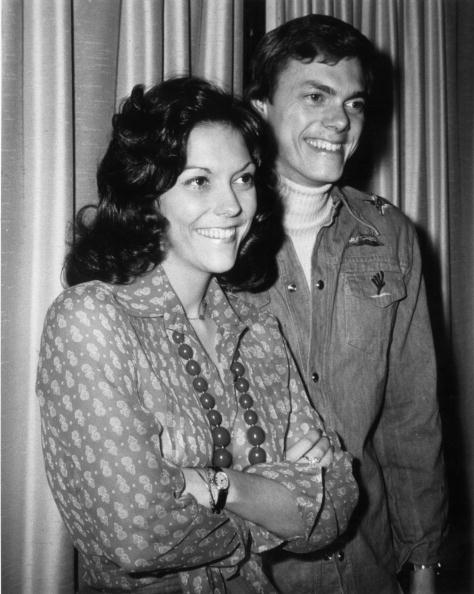 As a solo artist, Carpenter released her first record, "Looking for Love / I'll Be Yours," in 1967. Later, when her brother was taking time off to deal with his addiction in 1979, Carpenter recorded a self-titled solo album. Received with ambivalence by A&M Records, the album was ultimately shelved. It was finally released in its completed form in 1996.

In interviews she gave early on in her career, Carpenter expressed her indifference toward romantic relationships, and said she would never marry while on the road performing. Despite this, she went on to date a number of men, including such celebrities as Tony Danza, Mark Harmon, Alan Osmond, and Steve Martin. In 1980, Carpenter wed real estate developer Thomas James Burris, with whom she lived in Newport Beach, California. Conflict soon arose between them when Carpenter expressed her desire to have children, which Burris, who had had a vasectomy, refused. The pair ultimately divorced after 14 months together.

For many years, Carpenter struggled with the eating disorder anorexia nervosa, a condition that was not widely understood at the time. Unhappy with her appearance, she took on various diets and weight-loss programs that consistently reduced her weight. By 1975, she weighed only 91 pounds. Later, in the early 80s, Carpenter began using thyroid replacement medication in order to boost her metabolism, and also continued using laxatives to keep her weight down. Her condition continued to worsen, and she eventually ended up at Lenox Hill Hospital. After undergoing a procedure, Carpenter gained back some weight, but had a weak heart. Nonetheless, she was able to return to performing. Her last public appearance came in early 1983 at a gathering of Grammy Award-winning artists. A month later, Carpenter collapsed at her parents' house, and was declared dead.