Karel Gott net worth: Karel Gott was a Czech Schlager singer and painter who had a net worth of $50 million at the time of his death in 2019. Karel Gott was born in Pilsen, Protectorate of Bohemia and Moravia in July 1939. He was known for being the most successful male singer in the Czech Republic and the former Czechoslovakia.

Gott has been named the Most Favorite Male Singer 42 times. He has sold at least 50 million records including many in the German speaking market and the Czech Republic. Gott released his debut studio album Melodiya in 1977 and it sold more than 5.5 million copies. Over the years he has had many successful albums and singles. Sometimes referred to as the "Sinatra of the East", he was a romantic crooner who recorded hundreds of albums and performed all over the world. One of his biggest hits, "Maya the Bee", was used as the theme song for a popular German cartoon show. Unfortunately, Karl Gott died on October 1, 2019 at the age of 80. 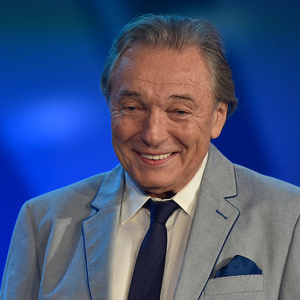