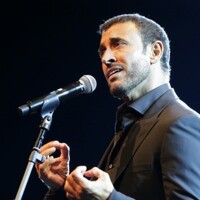 Kazem el Saher net worth: Kazem el Saher is an Iraqi singer, composer, and poet who has a net worth of $10 million. Kazem el Saher was born in Samarra, Iraq in September 1957. He has been called the "Caesar of Arabic Song" and "Iraq's Ambassador to the world". He is one of the most successful singers if Arabic music history and sings in the styles of Arab pop, folk pop, world music, and Arabic classical. Kazem el Saher is known for performing with a 20 to 30 piece orchestra in contrast to many Arab stars who performed with small ensembles and heavy synthesizers. He includes Iraqi folk instruments as well as rhythms and melodies into his music. Kazem el Saher has released many albums starting with his debut The Olive Tree in 1984. In 1998 he won a UNICEF award and he has collaborated with artists including Lenny Kravitz, KC Porter, Quincy Jones, and Paula Cole.