K.Flay net worth: K.Flay is an American singer and songwriter who has a net worth of $2 million. K.Flay was born in Wilmette, Illinois in June 1985. She plays drums, guitar, bass guitar, synthesizer, and keyboard, and her styles include alternative hip hop and indie. K.Flay released her debut studio album Life as a Dog in 2014 which reached #2 on the US Heatseekers chart and #14 on the US Rap chart.

Her second album Every Where Is Some Where was released in 2017 and reached #1 on the US Heatseekers chart. Her single "Blood in the Cut' Reached #4 on the US Alterative chart. K.Flay signed with Interscope Records in 2016. In 2018 she was nominated for Grammy Awards for Best Engineered Album, Non-Classical and Best Rock Song. She has also released four compilations and mixtapes and four EPs in addition to collaborating with other artists including MC Lars, Felix Cartal, Danny Brown, and more. 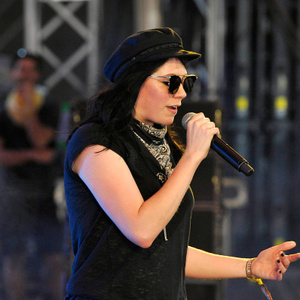