Justin Vernon net worth: Justin Vernon is an American singer who has a net worth of $8 million dollars. Born in Eau Claire, Wisconsin, Justin Vernon, also known as Justin DeYarmond Edison Vernon, chose to major in Religious and Women's Studies at the University of Wisconsin-Eau Claire before shifting his focus to music.

He formed two bands while in Wisconsin, both of which became quite successful locally. One of the bands, DeYarmond Edison, decided to move across country to North Carolina. After a year in North Carolina, Mr. Vernon returned to Wisconsin while the other members of the band remained in North Carolina and formed a new group called Megafaun. He went on to form the folk-rock group, Bon Iver, in 2006. The band's first album, "For Emma, Forever Ago", was recorded in a cabin in the woods of Wisconsin and released independently in 2007. Their second album, Bon Iver, caught the attention of everyone, and received the 2012 Grammy Awards for Best New Artist and Best Alternative Music Album. 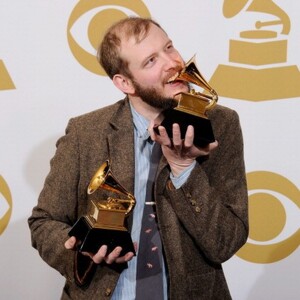