What is Justin Timberlake's Net Worth?

Justin Timberlake is an American singer, songwriter, actor and record producer who has a net worth of $250 million. Beginning his career as a child on the shows "Star Search" and "The All-New Mickey Mouse Club", he rose to fame as a member of the boy band NSYNC before transitioning to a successful solo music and acting career.

Timberlake has also expanded to the world of business with 901 tequila, William Rast clothing line and a string of co-owned restaurants. In 2012 he became an investor in the newly revamped Myspace.com. In a typical recent year, Justin has been known to earn more than $50 million from his various endeavors.

Justin Randall Timberlake was born on January 31, 1981 in Memphis, Tennessee. He grew up in the small community of Shelby Forest. He has two half-brothers from his father's second marriage, and a half-sister who died shortly after birth in 1997.

Introduced to music at a young age by his grandfather, Timberlake performed country and gospel music as a child. He appeared on the television show "Star Search" aged 11, where he sang under the same "Justin Randall". In 1993 and 1994, he performed as a regular cast member on "The All-New Mickey Mouse Club" with fellow castmates Britney Spears, Christina Aguilera, JC Chasez and Ryan Gosling. In 1995 Timberlake recruited Chasez to be in male singing group with him that was organized by manager Lou Pearlman, what eventually became the boyband known as NSYNC.

The band kicked off their career in Europe in 1996, with Timberlake and Chasez as the two lead singers. They rose to fame in the United States after the release of their self-titled debut studio album, released in 1998, which sold 11 million copies. Their popularity continued to grow with the release of their second album, "No Strings Attached", in 2000, which sold 2.4 million copies in the first week of its release. Another huge commercial success was their 2001 album "Celebrity". 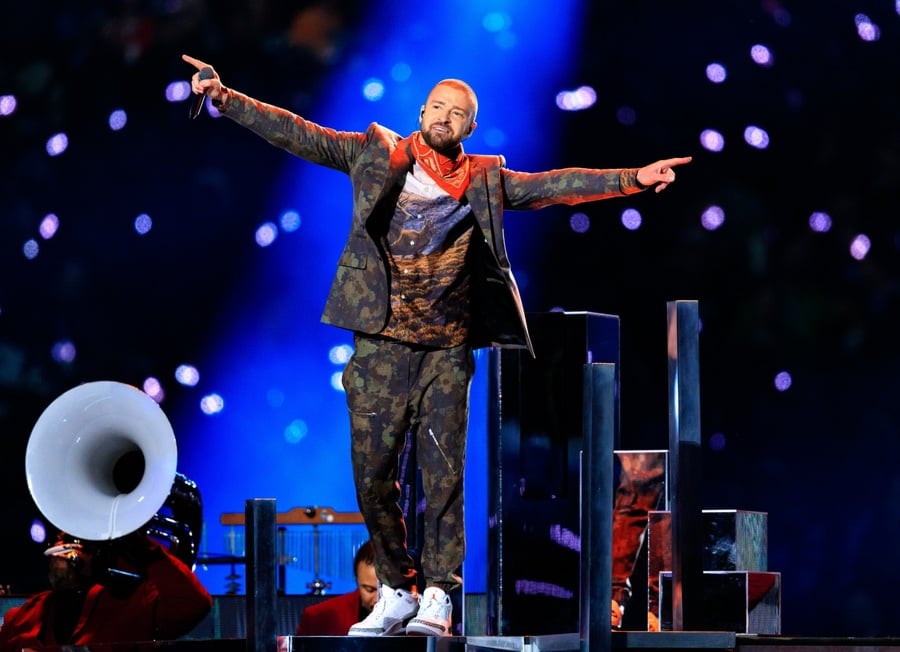 As the general popularity of boybands declined, Timberlake's star continued to rise, as he branched out into other ventures, such as starring in the 2000 Disney Channel movie "Model Behavior". When NSYNC went on hiatus in 2002, Timberlake partnered with Pharrell Williams to work on music, but the seed for going solo had already been planted a year earlier in 2001. Timberlake had written a single "Gone" for Michael Jackson in 2001, but after Jackson turned it down NSYNC recorded it instead. After it was released, Jackson contacted him and stated he wanted to do the record, but only if it was a duet between himself and Timberlake, not with the whole band. Timberlake credits their phone conversation as "the first time [he] ever really felt the confidence to [go solo]".

In August 2002, Timberlake released his debut solo single, "Like I Love You", followed by his debut solo album in November that same year, "Justified". By the summer of 2003, Timberlake was touring with former "Mickey Mouse Club" castmate Christina Aguilera as co-headliners on the Justified/Stripped Tour.

After an incident at the 2004 Super Bowl XXXVII while performing with Janet Jackson at the halftime show, during which a wardrobe malfunction led to Timberlake accidentally exposing one of Jackson's breasts, he put his music career on hold to pursue acting opportunities. He appeared in films such as "Edison Force" (2006), "Alpha Dog" (2006), and "Southland Tales" (2006). He also started his own record label, JayTee Records, in 2005. 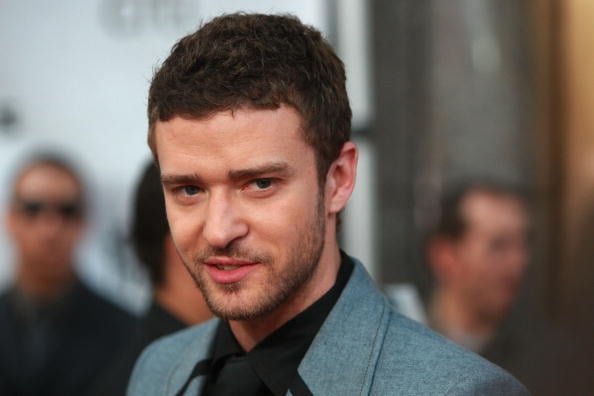 On September 12, 2006, Timberlake released his second studio album "FutureSex/LoveSounds", which debuted at number-one on the Billboard 200 album chart. He continued to work on various musical projects, such as the 2008 collaborative single with Madonna, "4 Minutes", as well as other artists like T.I., Ciara, and Rihanna. He released his third studio album "The 20/20 Experience" in March 2013—eventually becoming the best-selling album of the year in the United States—followed by his fourth album "The 20/20 Experience – 2 of 2" in September 2013.

Timberlake's fifth studio album "Man of the Woods" was released in February 2018, mere days before he headlined the Super Bowl LII halftime show in Minneapolis. He began a tour of the same name from March 2018 to April 2019, and it was the sixth-highest-grossing tour of 2018.

Other notable films that Timberlake has starred in include the critically acclaimed film "The Social Network" (2010), "Bed Teacher" (2011), "Friends with Benefits" (2011), and "Wonder Wheel" (2017). He has also appeared on TV shows such as "Late Night With Jimmy Fallon" and multiple appearances on "Saturday Night Live" (SNL). The song he wrote for the 2006 SNL skit "Dick in a Box" actually became a viral hit and earned him an Emmy Award.

In May 2022, Justin reached a deal to sell his song catalog to Hipgnosis Song Management for an estimated $100 million. The deal gave Hipgnosis the right to control and profit off of approximately 200 songs penned or co-penned by Timberlake from his N'SYNC days through his solo career.

Timberlake has had several relationships, the most high-profile being his former relationship with singer Britney Spears from 1999 to 2002, and his relationship with now-wife Jessica Biel. Timberlake and Biel first began dating in January 2007, tying the knot on October 19, 2012 in Fasano, Italy. Together the couple have one son, Silas Timberlake, born on April 11, 2015. 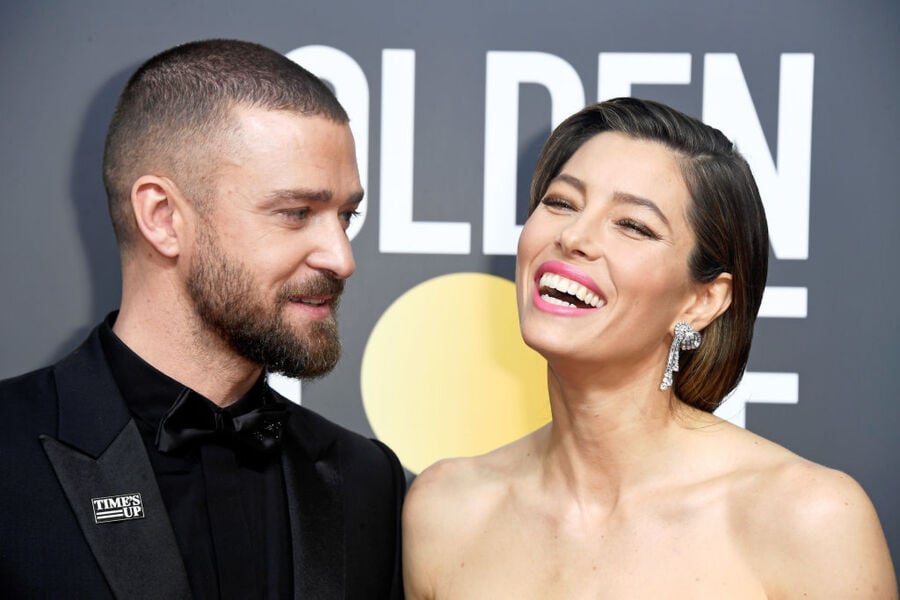 In addition to acting, singing, and music production, Timberlake is also a film and television producer. He served as composer and musical supervisor for the 2017 film "The Book of Love". He is also the executive producer of Fox gameshow "Sping the Wheel".

Timberlake has enjoyed many lucrative endorsement deals thanks to his popularity and fame, such as his 2003 deal with McDonald's where he recorded the song "I'm Lovin' It" for the fast-food chain's "I'm Lovin' It" campaign. Timberlake is estimated to have earned $6 million dollars from the deal. Other endorsements include for Sony products (2009), Givenchy's men's fragrance "Play" (2009), and Walmart (2012).

Other business ventures by Timberlake include the 2005 and 2007 William Rast clothing lines, and a Levi's collaborative collection "Fresh Leaves" in 2018. In 2014 he partnered with Sauza Liquors to launch his own version of the beverage, "Sauza 901", and in 2016 he invested in the beverage company Bai Brands. Timberlake and his wife Biel are also minority owners of the Memphis Grizzlies. 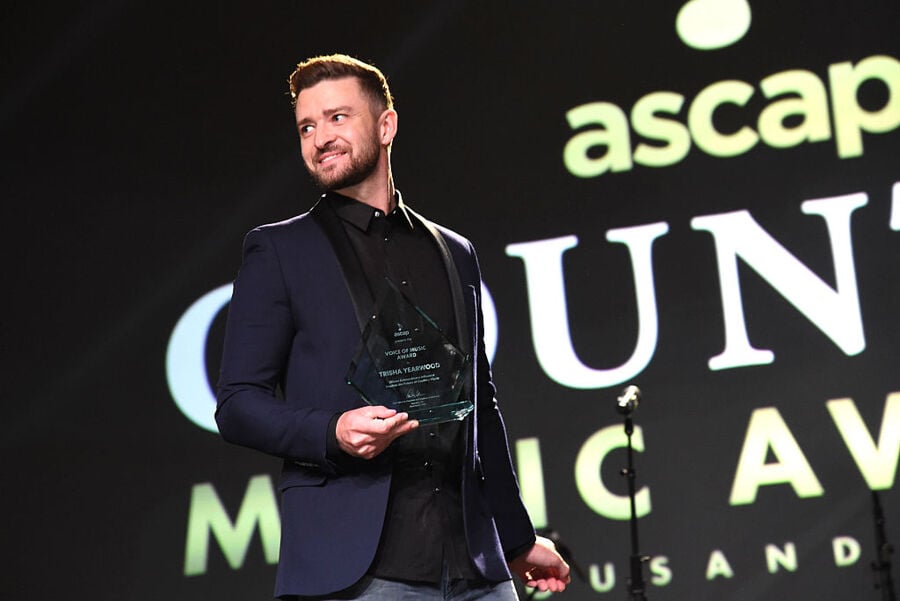 In 2010, Jessica and Justin spent $6.6 million on a 2,600 square-foot penthouse in NYC's Soho neighborhood. They listed this property for sale in 2018 for $8 million but ultimately sold it in January 2019 for a little less than they paid a decade earlier.

In 2017, shortly before buying listing their Soho place, Jessica and Justin spent $20.2 million for a 5,400 square-foot duplex penthouse in Tribecca that features a large rooftop terrace. This property, which was originally listed for $27.5 million, comes with $15,000 in monthly condo fees, maintenance and taxes. Harry Styles, Blake Lively and Ryan Reynolds, and Formula One driver Lewis Hamilton own units in the same building. Hamilton owns the penthouse which he bought for $44 million. In January 2022 Justin and Jessica sold their unit for $29 million.

Outside of New York they own mansion in the Hollywood Hills that Justin purchased in 2002 for $8.3 million from Helen Hunt. Justin subsequently bought an undeveloped neighboring lot to create an impressive 10+ acre property. In October 2021 Justin and Jessica listed this property for sale for $35 million.

They own a 130-acre undeveloped estate near Nashville that was picked up for $4 million in 2015 and a property within the exclusive Yellowstone Club in Montana which was acquired for an undisclosed price. Membership at the Yellowstone Club costs $300,000 upfront and $30,000 per year. The club has 13,600 acres of land, of which 2,200 are skiable. Other Yellowstone owners include Bill Gates and Jack Kemp. Justin and Jessica reportedly plan to raise their children here, so they grow up out of the Hollywood spotlight. 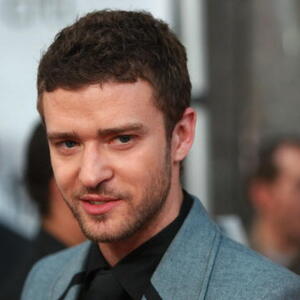