What is Justin Guarini's Net Worth?

Justin Guarini is an American singer, musician and record producer who has a net worth of $700 thousand. Justin Guarini first rose to fame in 2002 as the runner-up to Kelly Clarkson on the first season of "American Idol: The Search for a Superstar."

While he didn't end up as a grand-prize-winner, Guarini did score a contract with 19 Entertainment, the production company that created American Idol. His self-titled debut album was released in 2003, and the same year he starred in the critically panned flick From Justin to Kelly, where he starred opposite Clarkson. While his next album, titled Stranger Things Have Happened (2005), was just another proof that his recording career floundered, Guarini finally enjoyed success as a stage performer with his Broadway debut in the 2010 musical Women on the Verge of a Nervous Breakdown. He continues to sing, act and appear in commercials.

Guarini was born on October 28, 1978 in Columbus, Georgia. His father is Eldrin Bell who served as the Chief of Police in Atlanta. He was also the former chairperson of the Clayton County Commission. His mother is Kathy Pepino who worked as a journalist for WTVM in Columbus and then moved on to CNN. Guarini is half African-American, like his father, and half Italian-American, like his mother. He was primarily raised by his mother and stepfather, a physicist named Jerry Guarini, after his parents got divorced. The family moved from Georgia to Doylestown, Pennsylvania and he attended Central Bucks High School East.

Guarini enjoyed music from a young age. He began performing with the Atlanta Boy Choir at the age of four. After moving to Philadelphia in 1985, he joined the Archdiocese of Philadelphia Boys Choir. He continued performing with choirs throughout his time in school and sang as the lead vocalist in the award-winning acapella group, The Midnight Voices. The group released their own album in 1999 and created a music scholarship fund at Central Bucks High School East with the proceeds. During high school, Guarini performed in plays like "The Mystery of Edwin Drood," "The Little Prince," "The Pirates of Penzance," "The Taming of the Shrew," and "Once on This Island." He also learned to play a number of instruments like the piano, guitar, and banjo.

In 2001, Guarini worked as a director and performer at the Riverside Haunted Woods in Bridgeton Township, Pennsylvania. After graduating from high school, he attended the University of the Arts in Philadelphia. He then moved to New York City to attend the School for Film and Television. During this time, he began working in various nightclubs and auditioned for parts in local theatre productions. Around the time that he auditioned for "American Idol," he also auditioned for and got a role in the Broadway production of "The Lion King." He ultimately had to choose between the two offers once he got cast on the "American Idol." 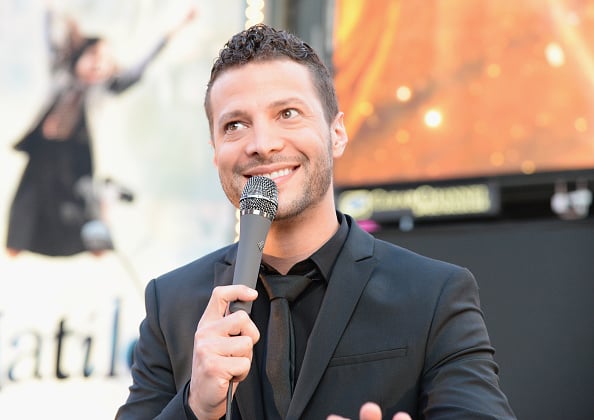 Guarini's time in the spotlight began when he landed a spot on the first season of "American Idol" after auditioning in April of 2002. While he ultimately was the runner-up on the show to winner Kelly Clarkson, Guarini was praised for his performances throughout the show, even by notoriously difficult to please judge, Simon Cowell.

Following his "American Idol" experience, Guarini began recording his first album. The album, titled eponymously, debuted in June of 2003. Around the same time, he co-starred in the film "From Justin to Kelly" along with Kelly Clarkson. The film was poorly received critically. His album sold around 146,000 copies and was released on RCA Records. Due to the albums poor sales, Guarini was dropped from the label in December of 2003.

In 2004, Guarini landed a role in the pre-Broadway New York Stage and Film Powerhouse Theater production of the musical "Good Vibrations" which premiered at Vassar College. He did well in the role and was offered to continue the role in the original Broadway production, though he later declined.

In December of 2005, Guarini co-produced his second album, "Stranger Things Have Happened," through his own production company, Justice Entertainment, Ltd. In the album, Guarini, displayed his skills in jazz. It was more positively reviewed than the first. He then worked on a song used in the documentary, "Project Everlasting," which was later featured on the "Today Show."

From 2007 to 2011, Guarini served as the permanent co-host for the shows "Idol Wrap" and "Idol Tonight" on the TV Guide Network. He also generally served as a co-host for various other TV Guide Network productions, like their coverage of the annual Grammy Awards and Emmy Awards. In May of 2008, Guarini released an acoustic EP called "Revolve" which featured three songs.

Guarini returned to the stage in 2010 when he made his Broadway debut in the musical adaptation of Pedro Almodovar's film, "Woman on the Verge of a Nervous Breakdown." He then landed a role in the Green Day rock musical, "American Idiot," which premiered in March of 2011. In 2013, he was cast in the modern Broadway production of Shakespeare's "Romeo and Juliet." The following year, he joined the Broadway production of "Wicked."

His work in theater continued steadily, both at the national and regional level. He had lead roles in "Rent," "Chicago," and "Joseph and the Amazing Technicolor Dreamcoat." Additionally, he was worked on a number of independent film projects like "Fast Girl," "The Unknown: Frankie The Squirrel," and "Mafioso II: The Son." He also learned a recurring spot in Dr. Pepper television commercials beginning in 2015.

In February of 2009, Guarini confirmed that he was engaged to Reina Capodici. The couple got married on September 26, 2009 and pictures of their wedding were featured in People Magazine. In April of 2011, the couple welcomed their first child, a son they named William. They then had a second child, Asher, in February of 2013.

former with his Broadway debut in the 2010 musical Women on the Verge of a Nervous Breakdown. In 2011, he took on a lead role in the Broadway production of American Idiot, based on the 2004 concept album of the same name by the punk rock group, Green Day.