He left the group after seven years and went on to form Blue October, with his brother, Jeremy Furstenfeld on drums. Furstenfeld is also an artist. His artwork appeared on Blue October's albums The Answers and History for Sale. Furstenfeld's performance style is often compared to Peter Gabriel, Genesis and David Matthews Band. He has written over 500 songs to date – most relating to his life-long battle with depression and anxiety issues. In fact his anxiety attack led to the cancellation of Blue October's 2009 tour, Pick up the Phone. Furstenfeld published his first book, Crazy Making – The Words and Lyrics of Justin Furstenfeld in 2009. The book gives an in-depth account of the inspiration behind all songs he wrote for Blue October. 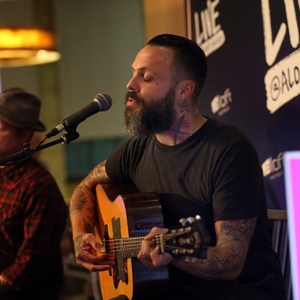