What is Julio Iglesias' Net Worth?

Julio Iglesias is a Spanish singer and songwriter who has a net worth of $600 million dollars. A prolific artist, Julio Iglesias has recorded 80 albums and sold nearly 300 million copies of his music internationally in 14 different languages. Additionally, he has over 2,600 certified gold and platinum records. He rose to prominence in the 70's and 80's and has continued to tour successfully for over 40 years.

Julio José Iglesias de la Cueva, better known just as Julio Iglesias, was born on September 23, 1943, in Madrid, Spain. His father, Julio Iglesias Sr., was a medical doctor from Ourense, and is of Galician ancestry. His mother, Maria del Rosario de la Cueva y Perignat, is of Jewish ancestry. In his youth, he alternated between studying law at the CEU San Pablo University in Madrid, and playing professional football. He used to be a goalkeeper for Real Madrid Castilla in the Segunda Division. However, his future in professional football ended when a serious car accident left him unable to walk for two years, as his injuries had smashed his lower spine and severely weakened his legs. It was actually while in recovery in the hospital that a nurse gave him a guitar, to exercise his hands. Learning to play the guitar helped him discover his musical talent.

In 1968, Iglesias won the Benidorm International Song Festival, a songwriter's event in Spain. His entry was the song "La vida sigue igual" ("Life Goes On the Same". Following his win, he was signed to Discos Columbia, the Spanish branch of Columbia Records, and quickly released his debut album "Yo Canto" ("I Sing") in 1969. He was selected to represent Spain at the 1970 Eurovision Song Contest with his song "Gwendolyne", and finished in fourth place.

He sang in many different languages, including English, French, Portuguese, German, Italian, and even had a song in Galician, "Un Canto A Galicia", in honor of his father. During the 1970s, he enjoyed widespread popularity across Europe thanks to his songs sung in multiple languages. Then, in 1979, he moved to Miami, Florida, and signed a deal with CBS International. He began releasing material in English, and his first English-language hit song was a cover of "Begin the Beguine". In 1984, he released what is widely considered to be his English-language breakthrough, the album "1100 Bel Air Place". In just the United States alone, the album sold over 3 million copies. It featured duets with prominent American musicians, including Willie Nelson and Diana Ross. Other famous artists he has worked with include Stevie Wonder, Frank Sinatra, Dolly Parton, Sting, and Art Garfunkel. 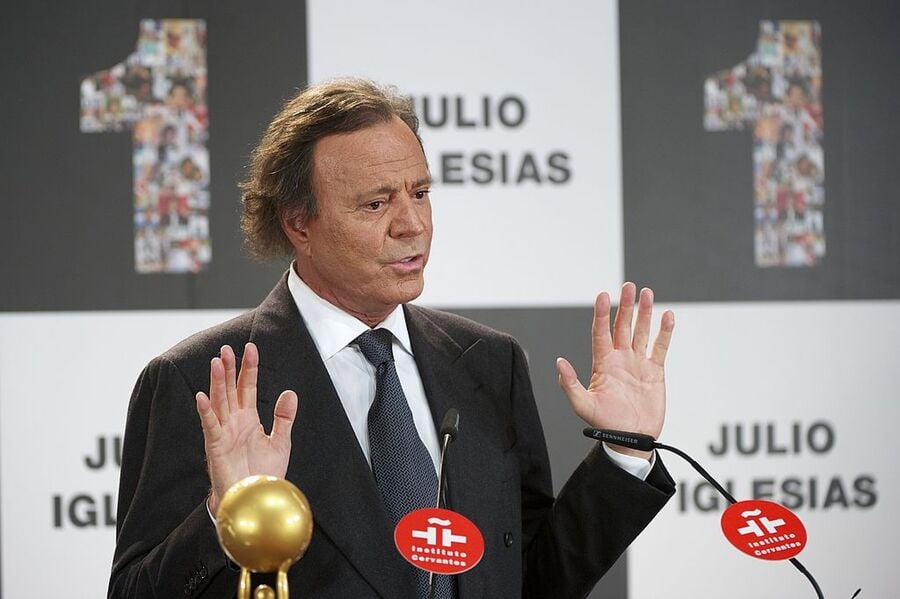 At the 1988 Grammy Awards, Iglesias won the award for Best Latin Pop Album for his album "Un hombre solo". He was once again nominated for Best Latin Pop Album at the 1998 Grammy Awards a decade later for his album "Tango" (1996), but lost out to Mexican singer Luis Miguel. In 1995, he was awarded the Excellence Award at the 1995 Lo Nuestro Awards. In 2001, he was named the Person of the Year by the Latin Recording Academy, and a year later in 2002 he was inducted into the International Latin Music Hall of Fame. In 2013, he was inducted into the Latin Songwriters Hall of Fame, as he is a composer and lyricist that writes song of his own songs. Also in 2013, Iglesias was the recipient of two awards in China. He received the First & Most Popular International Artist of All Time in China, an award from Sony Music China, which was presented to him by the famous Chinese musician Lang Lang. The other award he received at the time while in China was the Guinness World Record for the Best-selling Male Latin Artist. In 2015, he received an Honorary Doctorate from the Berklee College of Music, in recognition of his influence on and contributions to music and international culture. Other honors he has received include the Spanish National Honors of the Gold Medal of Merit in the Fine Arts and the Gold Medal of the Community of Madrid, as well as foreign honors like the Knight of the Legion of Honor from France and the Medal of the City of Paris.

In January 1971, Iglesias married Isabel Preysler, a Filipina of Spanish ancestry. She is a member of the wealthy aristocratic Perez de Tagle family. They divorced in 1979. Together, they had three children: Chabeli, a socialite (born 1971); Julio Jr., a singer (born 1973); and Enrique Iglesias, also a singer (born 1975). He then lived with Dutch model Miranda Rijnsburger, who is younger than him by 22 years. They live together in the Dominican Republic. He actually became a Dominican citizen in 2005. Iglesias and Rijnsburger married in August 2010, and have five children together: Miguel (born 1997), Rodrigo (born 1999), twins Cristina and Victoria (born 2001), and Guillermo (born 2007).

Net Worth From Other Ventures

Iglesias owns an extremely valuable real estate portfolio. In July 2017, he listed four empty lots on Miami's Indian Creek Island for $150 million. His main residence is a $20-25 million house on the same island which he bought for $15 million in 2012. His worldwide real estate portfolio alone is worth $200-300 million. Impressively, Iglesias and Oscar de la Renta (along with other joint investors) co-own the main airport in Punta Cana, Dominican Republic. He also owns several hotel complexes throughout the Dominican Republic. 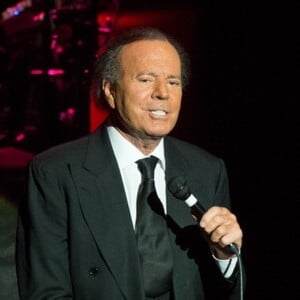