Julie Gold Net Worth: Julie Gold is an American singer/songwriter who has a net worth of $4 million. Julie Gold was born February 3, 1956 in Philadelphia, Pennsylvania. As a songwriter she is best known for Bette Midler's version of her musical composition From a Distance, which won Julie Gold the Grammy for Song of the Year in 1991.

Julie Gold was working as a secretary for HBO in New York when a telephone call from Nanci Griffith changed her life. An aspiring singer and songwriter, Gold had been waiting for her big break when a tape of her song From a Distance was sent to Griffith by singer/songwriter Christine Lavin. Griffith was so impressed by the song that she called Gold seeking permission to cover it on her album, Lone Star State of Mind. Griffith's recording was only the first of numerous renditions of the tune; the song has also been recorded by the likes of Jack Jones, Patti LaBelle, Cliff Richard, Donna Summer, Phil Coulter, Kathy Mattea, the Byrds, Judy Collins and others. A graduate of Temple University of Philadelphia, Gold came to New York in 1978 with hopes of becoming a singer/songwriter. Although she had solid management, steady gigs and a powerful repertoire, she failed to make much progress until she became involved with the Greenwich Village singer/songwriter scene that spawned the Songwriters Cooperative and the Fast Folk Music Magazine. Performing at open mic nights, Gold was befriended by such future stars as John Gorka, Suzanne Vega, Shawn Colvin and Christine Lavin, who ultimately became her mentor. 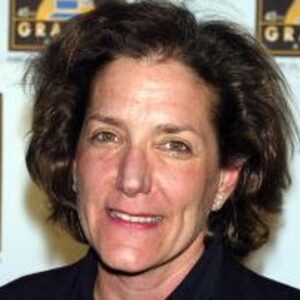