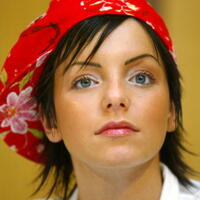 Julia Volkova net worth: Julia Volkova is a Russian singer and actress who has a net worth of $10 million. Julia Volkova was born in Moscow, Russian SFSR, Soviet Union in February 1985. T.A.T.u. was formed in 1999 and their debut studio album 200 Po Vstrechnoy in 2001. Their album 200 km/h in the Wrong Lane was released in 2002 and reached #1 in Austria as well as #3 in Canada and Germany and #13 in the US. The duo also released the albums Dangerous and Moving in 2005, Lyudi Invalidy in 2005, Vesyolye Ulybki in 2008, and Waste Management in 2009. Their single "All the Things She Said" was released in 2002 and reached #1 in Australia, Austria, Germany, Ireland, Switzerland, and the UK. As a solo artist Volkova has released the singles "All Because of You", "Didn't Wanna Do It", "Back to Her Future" (feat. Dima Bilan), and more.