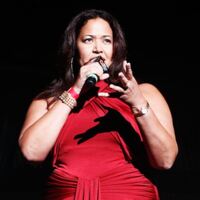 Judy Torres net worth: Judy Torres is a Puerto Rican American singer who has a net worth of $2 million. Judy Torres was born in June 1968 and grew up in the Bronx, New York. She is a freestyle music artist and a dance-pop singer. Torres released her debut studio album Love Story in 1989 and the albums My Soul in 1992 and Greatest Hits in 2002. Her first single "No Reason To Cry" reached #16 in the U.S. And #30 on the Billboard Hot Dance Club Songs chart. Her single "Come Into My Arms" reached #19 on the Billboard Hot Dance Club Songs chart and her single "Love Story" reached #47 on the same chart. She had her own show called Freestyle Free for All on WKTU 103.5 in New York and has been a long time personality at KTU. In 2018 she announced that she would be starring in a one woman off-Broadway show called No Reason To Cry.