Joy Villa net worth: Joy Villa is an American singer and songwriter who has a net worth of $500 thousand. Joy Villa was born in Orange, California in April 1986. Her debut studio album I Make the Static was released in 2014. Her great uncle was jazz singer Kenny Hagood. Joy Villa has become known for her attention grabbing outfits as well as her political views. 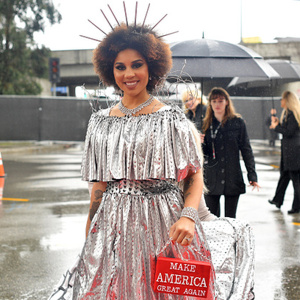