Joss Stone net worth: Joss Stone is a singer/songwriter and actress who has a net worth of $8 million. Joss Stone has earned her net worth through her many recordings and albums, as a songwriter and as an actress in films such as Eragon and Snappers. She has also had acting roles in television shows like The Tudors, in which she played Anne of Cleves. Stone has also made guest appearances on American Dreams, American Dad and Good Luck Charlie. She was born in Dover, Kent, England on April 11th 1987, her birth name is Jocelyn Eve Stoker.

Joss Stone net worth: How she made it:
Joss Stone has sold over 17 million albums world wide which makes her one of the best selling musical artists of the last decade. Joss has won two BRIT awards and a Grammy. Britain's Sunday Times Rich list estimated her peak net worth to be $15 million.

Joss Stone Net Worth: Paying for her Freedom:
Joss Stone's net worth was once as high as $10 million but in a recent interview, Stone revealed that she spent her entire fortune buying herself out of her contract with record company EMI. She claims she used nearly 100% of her net worth to purchase her own career freedom. Stone added; "It all went when I left EMI. I was flat even, down to nothing. I wasn't even down to a million in the bank… What I had left was my house and three flats in Exeter and that was it. Money is the thing that people hold over you but to me it was just cotton balls. Don't let it suffocate you. Don't let yourself need it that much. I just thought, 'I'm free. I'll go out and play some gigs and earn my living." 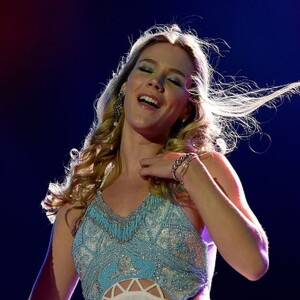