Josh Turner net worth: Josh Turner is an American country music singer and actor and has a net worth of $17 million. Josh Turner earned his net worth in acting and in the music industry. Early in his life, he sang lead and bass parts in his church choir. He also formed a gospel quartet called Thankful Hearts in which he sang bass and occasionally led.

In 1999, he developed a lesion on his right vocal cord. Surgery was not needed, but he did have to rest his voice for a year. Turner states that he "learned how to whistle really well during that year. On December 21, 2001, he debuted on the Grand Ole Opry with the song "Long Black Train". In 2003, he released his debut album, also entitled Long Black Train. "Long Black Train" spent more than forty weeks on the Billboard country charts, reaching a peak of #13 and receiving a gold certification. In 2006, he released his second album; Your Man. "Your Man" also climbed the charts slowly, eventually reaching #1 in early 2006. His third studio album for MCA Nashville, titled Everything Is Fine, was released on October 30, 2007. He wrapped up recording his fourth album, Haywire. The lead-off single, "Why Don't We Just Dance", which was released on August 12, 2009, debuted at #57 on the U.S. Billboard Hot Country Songs chart for the week of September 5, 2009. On September 29, 2007, while giving an award to Roy Clark on Clark's 20th anniversary on the Grand Ole Opry, he was invited to become a member of the Grand Ole Opry. He was inducted by Vince Gill on October 27, 2007. He is the second youngest member, after Carrie Underwood. Josh Turner was born on November 20th, 1977 in South Carolina. He met his wife Jennifer in 2003 at a classical training vocal program. His wife travels with Josh when he's on tour, playing keyboards and singing background vocals. Josh and his wife have three children. 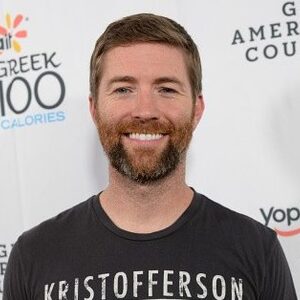