Josh Strickland Net Worth: Josh Strickland is an American singer and actor who has a net worth of $500 thousand. Josh Strickland was born October 23, 1983 in Charleston, South Carolina. He is best known as a contestant on Season 2 of the reality television show American Idol. He has also appeared as 'himself' on the daytime soap opera All My Children. Strickland starred as Tarzan in Disney's production of Tarzan on Broadway at the Richard Rodgers Theatre. In 2009, Strickland became an original cast member of Peepshow in Las Vegas. He befriended costar Holly Madison and was seen regularly on her television reality show Holly's World. On February 16, 2011, Strickland debuted his first solo artist single on iTunes entitled Report to the Floor. The track was co-produced by Grammy Award winning producer Damon Elliott and by Norwegian pop/dance producer Axident. He released his second single Last Dance soon after. In 2013, Strickland was cast in a lead role in VEGAS! the Show, performing as Elvis and other iconic artists in the world famous Vegas-themed musical showing at the Saxe Theater inside Planet Hollywood Resort & Casino's Miracle Mile Shops. Strickland was promptly cast by David Saxe after the closing of Peepshow and subsequently replaced longtime VEGAS! the Show Elvis performer, Lou Gazzara. As a youth, Strickland attended high school at the Charleston County School of the Arts and graduated from Middleton High School in Charleston. He then attended the College of Charleston where he studied voice with Deanna McBroom. During middle and high school, Josh was a member of a local Charleston theater company called Charleston Youth Company. 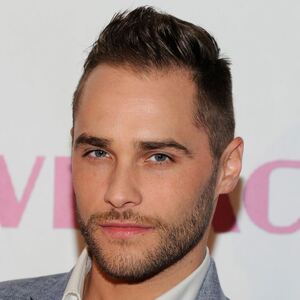