Josh Gracin Net Worth: Josh Gracin is an American country music singer who has a net worth of $2 million. Josh Gracin was born in Westland, Michigan in October 1980. Gracin was best known for being a contestant on the second season of American Idol and finishing fourth. He made his debut in an Easter musical at his church as a child.

He won a national competition at the Fairlane Youth Pops Orchestra as a sophomore in high school. Josh performed at the Grand Ole Opry at 16 years old. He joined the United States Marine Corps and served as a supply clerk. He appeared on American Idol in 2003 and was unable to take part in the American Idol Finalists tour due to his military commitment. Gracin's self-titled debut studio album was released in 2004. The album was certified Gold and hit #2 on the US Country chart and #11 on the Billboard 200. The album contained the #1 US Country and Gold certified single "Nothin' to Lose", as well as the popular singles "I Want to Live" and "Stay with Me (Brass Bed)". His second studio album We Weren't Crazy was released in 2008 and hit #4 on the US Country and #33 on the Billboard 200 charts. Gracin's third studio album Redemption was released in 2011 and hit #39 on the US Country and US Indie charts. Josh married Ann Marie in 2001 and the couple has three daughters. In August 2014 Gracin posted a suicide note on his Facebook account and was placed in a psychiatric hold in a hospital. He was released and checked himself into an inpatient psychiatric facility. 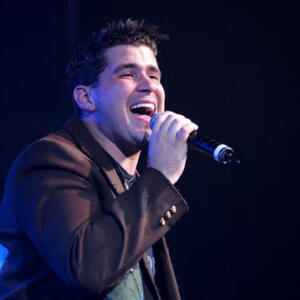