Joe McElderry Net Worth: Joe McElderry is an English singer/songwriter who has a net worth of $5 million. Joe McElderry was born June 16, 1991 in South Shields, Tyne and Wear, England. He is best known as the winner of the sixth series of the ITV show The X Factor in 2009.

His first single The Climb reached No. 1 on the UK Singles Chart and Irish Singles Charts. He was also crowned the winner of the second series of Popstar to Operastar in 2011 and the first series of The Jump in 2014. He is an avid runner and has participated in the Great North Run three times along with the Sport Relief Mile. He is active in many charities including Variety UK, The Hunger Project and The Teenage Cancer Trust, making him the youngest ever recipient of Variety's "Silver Heart" Award. Despite spending much of his time traveling the country, he still often returns to South Shields and owns a house in the town. McElderry is an accomplished songwriter and has worked with many highly respected artists such as Marcella Detroit and Ludovico Eunialdi. To date he has released four top 20 albums-two of which reached the UK top three. He was the first X Factor contestant to release a fourth album. As of 2014, McElderry has sold over 2 million records worldwide. On July 30, 2010, McElderry announced on his official website that he is gay. The gay charity Stonewall has listed McElderry as a gay role model. As a regional ambassador for the Teenage Cancer Trust, he completed the challenging 140-mile, 3-day bike ride coast to coast with friends and family in 2014. Joe McElderry is slated for a 60-date tour throughout 2014. 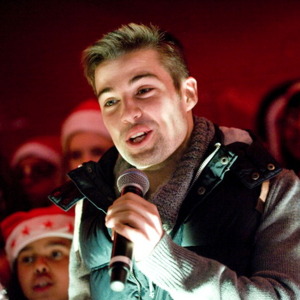