What was José José's Net Worth?

José José was a Mexican singer, musician and occasional actor who had a net worth of $5 million at the time of his death in 2019. A crooner, José is also acclaimed for playing several instruments (piano, bass, guitar and double bass).

José Rómulo Sosa Ortiz (better known as José José) was born February 17, 1948 in Azcapotzalco, Mexico City, Mexico. The son of an operatic tenor and a pianist, José grew up also listening to artists such as Chopin and Mozart, but never got the chance to play classical music. José José participated in festivals and contests around Mexico City at a young age, teaming up with Paco Ortíz and Alfredo Benítez after taking guitar lessons.

El Mundo and Mi Vida were the songs featured on his first single, released in 1965. Around the same time, José José joined los Peg, playing double bass. Nave del Olvido became his first hit in 1969 and he came in third at the OTI festival a year later with El Triste. He then ascended the most important Latin charts with De Pueblo en Pueblo, 1973's Hasta Que Vuelvas, 1974's Déjame Conocerte, 1975's Sentimientos, 1976's Paloma and the 1977 hit Gavilan o Paloma.

José José's acting career began with Sueño de Amor and La Carrera del Millón. Reflexiones followed in 1984. In 1994, José José celebrated his 30th career anniversary. In the 2000s, he released several albums and continued to perform and record until 2012 when he experienced vocal issues.

He made no secret of the fact that he has dealt with relationship issues, alcoholism, financial problems and health issues and has often granted interviews during which he has been candid about his personal life. 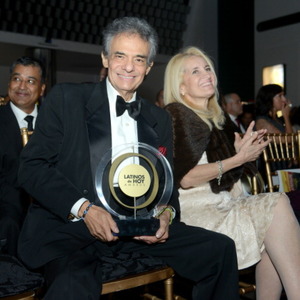