Jose Feliciano net worth: Jose Feliciano is an award-winning composer and guitarist who has a net worth of $12 million. Jose Feliciano earnd his net worth thanks to a lifelong musical career, that began in the 1960s. To this day, Jose's version of Feliz Navidad is one of the best-selling Christmas songs of all time.

Hailing from Puerto Rico, Feliciano started out performing in pubs and clubs across the US and Canada. Soon after, he released his first single and gained prominence in the US with his first two folk-pop soul albums. The shot to fame led Feliciano to work with notable artists, like Quincy Jones, Frank Sinatra, Johnny Cash, Bing Crosby, and Diana Ross. In the seventies, Feliciano composed and guest starred in numerous TV sitcoms, including Chico and the Man and Kung Fu as well as guest starring on albums of artists, including Bill Withers, John Lennon and Joni Mitchell. Throughout the eighties, Feliciano continued to churn out Latin hits, earning him a string of Grammy awards and a star on Hollywood Walk of Fame. He attracted younger fans, during the nineties, with hit song Goin' Krazy. 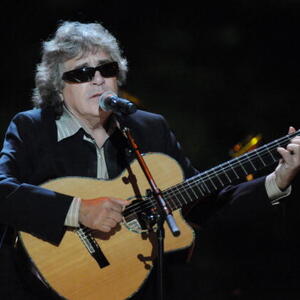