What is Jordan Knight's Net Worth?

Jordan Knight is an American singer-songwriter and actor who is most well-known as the lead singer of the popular boy band, New Kids on the Block. Jordan Knight has a net worth of $18 million.

Knight was born on May 17, 1970 in Worcester, Massachusetts. His parents are both from Ontario, Canada and he holds dual Canadian-American citizenship. He is the youngest of six total children and was raised in a religious home as his parents are both Episcopal priests.

When he was young, Knight played on a baseball league, though he did not experience much success and was often bulled for his lack of athleticism.

New Kids on the Block

In 1984, when Knight was 14, his friend Donnie Wahlberg recruited him to join a band that he had recently started called New Kids on the Block. The band was the brainchild of agent/producer Maurice Starr. Knight joined along with this older brother Jonathan and a couple other members. The band was signed to Columbia Records and released their self-titled debut album in 1986. The first two singles off the album did not receive much airplay but the band was able to secure a deal for a second album due to Starr's diligence.

Dissatisfied with the overly pop sound of their first album, the members of the band, including Knight, decided they wanted more input into how their second album sounded. Knight secured an associate producer credit on the album, called "Hangin' Tough," which went on to experience significantly more success than their first after its release at the end of 1988. The first single off the album, "Please Don't Go Girl," climbed to number ten on the Billboard's Hot 100 Singles Chart. Their second and third singles launched the band into popularity and they were soon touring to sold-out shows. By the end of 1989, the album had reached the number one spot on the Billboard 200 Albums Chart and had gone eight-times platinum.

New Kids on the Block continued growing in popularity throughout the beginning of the 1990s. They had a massive fan club, played over 200 shows per year, and had multiple number one singles. However, their third album in 1994 failed to live up to commercial expectations and their popularity began to decline. Knight's older brother Jonathan decided to leave the band in the mid-1990s due to increasing panic attacks which led to the official break-up of the group. 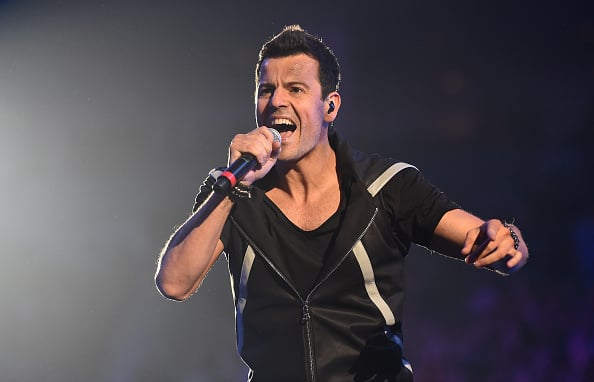 Solo Career and Other Pursuits

Following New Kids on the Block's disbandment, Knight was quiet for some time before launching his solo career in 1999. He released his first single, "Give It To You," that year and the song made it to the tenth spot on the Billboard Hot 100 charts, eventually going gold. The music video for the song was nominated for an MTV Video Music Award in the Best Dance Video category. He soon after released his debut solo album, "Jordan Knight." The album sold over 500,000 copies and was certified gold. It made it to the ninth spot on the Top Internet Albums chart and also won an Aspire Music Award in the category of Best Male Album (Pop). The following year, Knight was nominated in the Favorite Male Singer category at the 2000 Kids' Choice Awards.

In 2004, Knight released a remix album entitled "Jordan Knight Performs New Kids on the Block: The Remix Album." The following year, he released "The Fix," an EP that featured the lead single "Where Is Your Heart Tonight." During 2005 and 2006, he embarked on an extensive solo tour to promote the EP. Towards the end of 2006, he released his second album, "Love Songs." The album featured the duet, "Say Goodbye," with singer Deborah Gibson.

In 2008, Knight joined the other members of New Kids on the Block for a reunion. The reformed group released a number of hit singles and went on to join forces with the Backstreet Boys to form the super group, NKOTBSB. The group toured together in 2011.

In May of 2011, Knight released his third solo album, entitled "Unfinished." It made it to the eight spot on the US Billboard Independent Albums chart. He began touring in 2011 and joined the band Elevation Theory on tour in 2012. In 2014, Knight joined Nick Carter to release the album, "Nick & Knight." The duo toured throughout the fall of 2014.

Outside of his own musical pursuits, Knight has also experience some success is reality television and documentary film. He was a judge on the "American Idol" spin-off show, "American Juniors" in the early 2000s. He was also cast on the third season of the VH1 reality show "The Surreal Life" in 2004. In 2005, he was featured in a documentary called "Trust Me – I'm a Holiday Rep." He rejoined "The Surreal Life" franchise in 2007 for "The Surreal Life: Fame Games," though he ultimately left the show before its premiere due to a death in the family.

Knight married Evelyn Melendez in September of 2004 after having met in the mid-1990s. They had their first child together in August of 1999 and their second child in February of 2007. 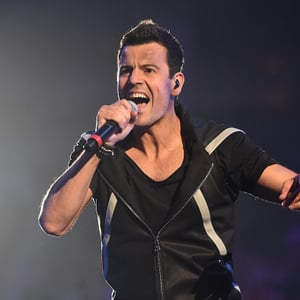