Jonathan Wilkes net worth: Jonathan Wilkes is a British television presenter and singer who has a net worth of $10 million. Jonathan Wilkes was born in Baddeley Green, Stoke-on-Trent, Staffordshire, England, United Kingdom in August 1978. His single "Just Another Day" reached #24 on the UK singles chart. Wilkes appeared on the television series Love on a Saturday Night in 2004.

From 2004 to 2012 he appeared on the TV series Loose Women. Wilkes has also appeared on the series Ant & Dec's Saturday Night Takeaway since 2004. He is best friends with Robbie Williams who is the Godfather of his son Mickey. Jonathan has been married to Nikki Wheeler since 2004. 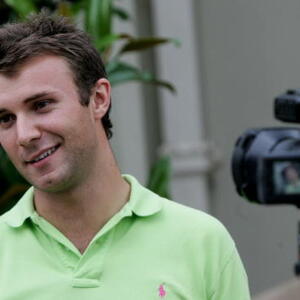