Jonathan Knight Net Worth: Jonathan Knight is an American singer who has a net worth of $14 million. Jonathan Knight is best-known as a member of the boy band New Kids on the Block. The pop group sold more than 70 million albums around the world, with their self-titled debut going triple platinum in the United States. The band originally broke up in 1994 when Knight left during the group's "Face the Music" tour. The band was a recipient of a Grammy nomination and two American Music Awards.

Knight did not pursue an entertainment career after New Kids on the Block and instead made a living as a real estate developer in his home state.

In 2021 he began hosting an HGTV show called "Farmhouse Fixer."

Early Life: Born in Boston Massachusetts on November 29, 1968, Knight was the fifth child of six total children. Both his parents, Marlene and Allan Knight, were originally from Ontario, Canada. Knight grew up regularly attending the local Episcopal church and was a member of the church choir. It was there that his talent for singing was discovered, along with that of his younger brother, Jordan.

Formation of New Kids on the Block: Knight joined New Kids on the Block at age 16 after his younger brother, Jordan, was invited into the group by bandmember, Donnie Wahlberg. Wahlberg had been discovered by talent agent Mary Alford, who had been asked by producer Maurice Starr to help form the next big boyband, after having success with groups like New Edition.

Wahlberg and the two Knight bothers, along with Wahlberg's younger brother, Mark, and friends Jamie Kelly and Danny Wood were the original five members of the group. However, after a few months, both Mark and Jaime decided to exit and Joey McIntyre, only 12 years old at the time, was added.

Under the direction of Starr, the band rehearsed after school and on weekends and originally went by the name Nynuk until Columbia Records, who signed the band, demanded that they change their name to New Kids on the Block (NKOTB). They released their first self-titled album in 1986, which was not met with much success despite the efforts of Starr.

NKOTB Success: The band members became more involved with the direction and sound of their second album, hoping to move away from Starr's bubblegum-pop sound. They released the single, "Please Don't Go Girl" in 1988, which eventually climbed the charts to No. 10 on the Billboard's Hot 100 Singles Chart. The success of the song helped the success of their second album "Hangin' Tough" which steadily grew in popularity as the group began touring and MTV began giving some of the album's singles more airplay.

The early 1990s were very successful for NKOTB. They released their third album, Step by Step," in 1990 which featured more songs written by the bandmembers. The group toured around the United States, as well as Europe and Asia. During this time, Knight started experiencing increased anxiety and ultimately decided to leave the band while they were touring with their fourth album, "Face the Music." 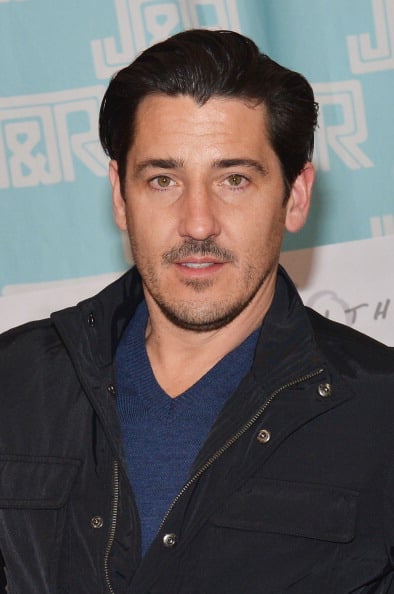 Other Professional Pursuits: Since leaving NKOTB, Knight has found success professionally outside the entertainment industry. Unlike some of the other bandmembers who went on to pursue acting or solo music careers, Knight decided to enter the business world. He has since been working successfully in real estate in his home state of Massachusetts.

In addition to real estate, Knight also began renovating houses and properties after splitting from NKOTB. He specifically enjoys renovating old farmhouses, including his current home. His talent was noticed by HGTV, as Knight's new renovation show, Farmhouse Fixer" premiered in March of 2021 on the network. The show focuses on renovating farmhouses in the New England area.

NKOTB Reunion: After a couple failed reunion attempts over the years, Knight and the other four members of NKOTB announced in 2008 that the band would be reuniting. Later that year, they released "The Block," the band's first album in fourteen years. It debuted at No. 1 on the Billboard Top Pop Albums Chart and was followed by a lengthy tour throughout the United States, Canada, and parts of Europe. They were supported on the tour by Lady Gaga and Natasha Bedingfield.

The band had continued touring around the world alongside and supported by other major acts including the Backstreet Boys, Jordin Sparks, 98 Degrees, Boyz II Men, TLC, and Nelly. In 2014, they received a star on the Hollywood Walk of Fame.

In 2019, NKOTB released a new music video for the song "Boys in the Band (Boy Band Anthem)," a sort of tribute track to a number of popular boy bands over the years. The video featured numerous cameos from other boy band members from New Edition, N-Sync, and Naughty by Nature, among others.

Personal Life: Several years after leaving NKOTB, Knight opened up about struggling with anxiety and panic attacks while in the band. He revealed in 2000 that he suffered from a generalized anxiety disorder while performing with the band ,which was made worse by their intensive touring schedule and the constant public spotlight.

A 2009 National Enquirer article also revealed that Knight was gay, which Knight had yet to confirm. Two years later, in 2011, former pop icon Tiffany, who Knight had been rumored to date years before, also revealed that he was gay, which Knight confirmed that year. Knight denies ever having hidden the fact that he was gay, only stating that he chose to never publicly come out.

Since 2008, Knight has been in a relationship with Harley Rodriguez, a personal trainer. In 2015, the couple participated in the reality show The Amazing Race, placing 9th in the competition. A year later in 2016, Knight proposed to Rodriguez while on vacation in Africa and the two have been engaged since. The two live together in Knight's farmhouse in Massachusetts. 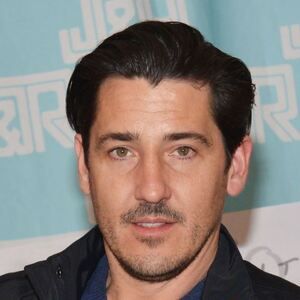