Jonah Marais net worth: Jonah Marais is an American pop singer who has a net worth of $4 million. Jonah Marais was born in Stillwater, Minnesota in June 1998. He is best known for being a member of the group Why Don't We. The group formed in 2016 and released their debut studio album 8 Letters in 2018 which reached #9 on the Billboard 200 chart and #10 in Australia.

They have also released the extended plays Only the Beginning in 2016, Something Different in 2017, Why Don't We Just in 2017, Invitation in 2017, and A Why Don't We Christmas in 2017 which reached #1 on the US Heatseekers chart. Jonah Marais released the solo album When the Daylight's Gone and had success with the singles "War Paint" and "Take You Home Tonight". He gained popularity by posting videos on YouTube. He has more than 1.5 million followers on Instagram. 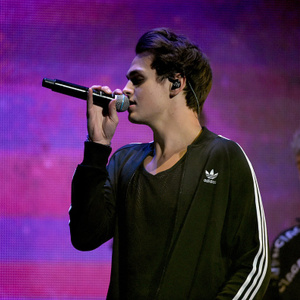