Jon Stevens net worth: Jon Stevens is a New Zealand-born singer who has a net worth of $5 million. Jon Stevens was born in New Zealand. He is the brother of New Zealand Idol judge Frankie Stevens. Jon started his first band in college and then moved to Australia.

In the 1970s he had success in New Zealand with the singles "Jezebel" and a cover of "Montego Bay". Stevens is best known for being the lead singer of the band Noiseworks. In the 1980s Noiseworks had hits with "Touch" and "Take Me Back". From 2000 to 2003 Stevens was the lead singer of the band INXS after former singer Michael Hutchence passed away. Stevens starred in Australian productions of Jesus Christ Superstar. He has released a total of seven solo albums. He is now a member of the band The Dead Daisies who have toured with ZZ Top and Aerosmith and released their self-titled debut studio album in 2013. 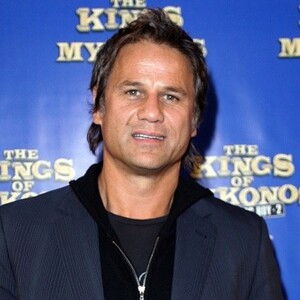