In his teenage years, Secada developed great taste and a gift for music, taking a particular interest in Salsa, Merengue, R&B and pop. He cites Barry Manilow, Marvin Gaye, Billy Joel, Elton John and Stevie Wonder as his music idols. Secada road to stardom started in the late 1980s when Gloria Estefan hired him as a backing signer. It wasn't long after that he started composing songs for the singer. He was responsible for penning Estefan's number one hit, Coming Out from the Dark. The 1991 song was a big turning point for Secada. While touring with Estefan, Secada had a once in a lifetime opportunity to perform solo and the American-Cuban singer never looked back. After his first solo performance, Secada released his self-titled album. The 1992 album produced a host of hits, including Just Another Day, Angel and Do You Believe in Us? The Spanish version of his debut album earned Secada his first Grammy award for Best Latin Pop Album. The future was looking very bright for the Latin singer, as his second album Heart, Soul and Voice, went platinum in the US, producing hits, If You Go and Mental Picture. His third album, Amor, earned Secada his second Grammy Award for Best Latin Pop Performance. Secada also considered as a notable songwriter: he co-wrote the song, Bella (the Spanish version of All She Ever Had) for Ricky Martin's 1999 multi-platinum self-titled album. He also co-wrote the song, Baila for Jennifer Lopez, featured on her debut album On the 6.

In 2011, Secada was honored by Union City, New Jersey with a star on the walk of fame at Celia Cruz Plaza. 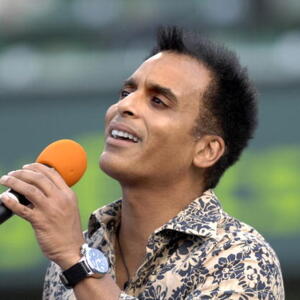