Jon Foreman net worth: Jon Foreman is an American singer and musician who has a net worth of $3 million. Jon Foreman was born in San Bernardino County, California in October 1976. He is best known for being the lead singer, guitarist, songwriter, and co-founder of the band Switchfoot. Jon and his brother Tim Foreman started the band in 1996 with drummer Chad Butler.

Switchfoot released their debut studio album The Legend of Chin in 1997. Their albums The Beautiful Letdown in 2003, Nothing Is Sound in 2005, Oh! Gravity. in 2006, Vice Verses in 2011, and Fading West in 2014 all reached #1 on the US Christian charts. Their album Fading West also reached #1 on the US Alternative chart, #2 on the US Rock chart, and #6 on the Billboard 200 chart. Switchfoot has had #1 singles on the US Christian chart with the songs "Mess of Me", "The Sound (John M. Perkins' Blues)", "Dark Horses", "Afterlife", and "The Original". The band's album Hello Hurricane won a Grammy Award for Best Rock or Rap Gospel Album. Jon Foreman has also released eight solo EPs and is a part of the side project Fiction Family. In October 2015 he performed 25 shows in 24 hours. 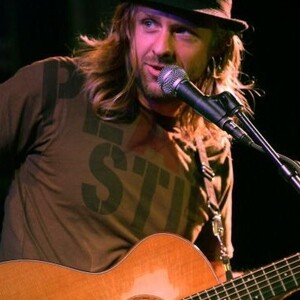