Jon Bauman net worth: Jon Bauman is an American musician and game show host who has a net worth of $1 million. Jon Bauman was born in Brooklyn, New York City, New York in September 1947. He is best known for being a member of the rock band Sha Na Na which formed in 1969.

Bauman is known as "Bowzer" and was a member of the group from 1970 to 1983. He became a VJ on VH-1 for the first two years of the station. Bauman provided voice work for the television series The Flintstone Kids from 1986 to 1987. He competed on the game show Password Plus from 1979 to 1981 and appeared on almost 200 episodes of the game show Match Game/Hollywood Squares Hour from 1983 to 1984. Bauman also appeared in the film Grease and in an episode of the TV series Miami Vice. In 1985 he was nominated for a CableACE Award for Must Host. Bauman has been involved in politics and campaigned for Hillary Clinton across the country in 2016. 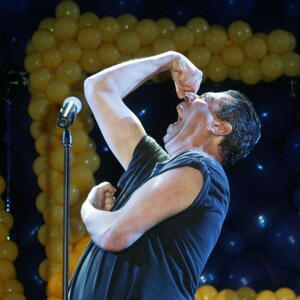