Jojo Hailey net worth: JoJo Hailey is an American R&B duo that has a net worth of $1 million dollars. Based in Charlotte, North Carolina, Jojo Hailey is made up of brothers Cedric "K-Ci" Hailey and Joel "JoJo" Hailey. Both musicians were born in Monroe, North Carolina. Originally part of the four person group, Jodeci, the duo began releasing tracks together in the late 90s, gaining the first widespread recognition for their work with 2Pac's "How Do You Want It" in 1996.

They released their first full-length album, "Love Always" in 1997. The album spawned two minor hits, and the massive hit single, "All My Life". Based on the success of "All My Life", the album would go on to sell four million copies. They released their second album, "It's Real" in 1999. The album spawned four successful singles, and achieved Platinum status. They have since released two more albums in the United States, and another in Japan only. A greatest hits album was also released in 2005. In 2010, they starred in their own reality series, "K-Ci & JoJo Come Clean", about their battles with alcohol and drug addiction. 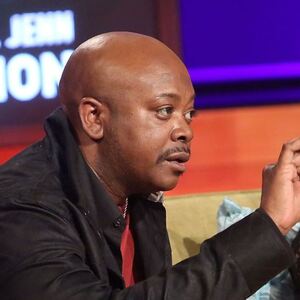