How much is Johnny McDaid Worth?

Johnny McDaid net worth: Johnny McDaid is a Northern Irish musician, songwriter, and producer who has a net worth of $5 million. Johnny McDaid was born in Derry, Northern Ireland in 1976. He was the singer and songwriter for the band Vega4 who had a hit single with the song "Life Is Beautiful" in 2007. McDaid was the first person signed by Snow Patrol's publishing company Polar Patrol Publishing in 2009 and became the band's guitarist, pianist, and background vocalist in 2011. He writes and produces music at his studio Fieldwork Music in North London. McDaid's album The Evolution of Man was released in 2012. He has written and produced songs for artists such as Ed Sheeran and Harry Styles. Johnny became engaged to actress Courteney Cox in 2014. He played on Snow Patrol's 2011 album Fallen Empires which reached #1 in Ireland and the Netherlands, and #3 in the UK and Germany. 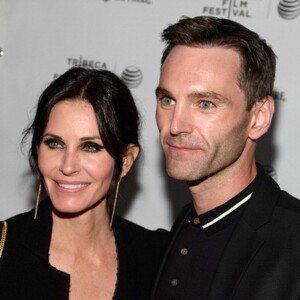