Johnny Mathis net worth: Johnny Mathis is an American singer who has a net worth of $400 million dollars. Johnny Mathis is best known for his hit songs and albums, of which he has sold an incredible number of records. Throughout his career, Mathis has sold more than 350 million records and been listed on 73 Billboard charts. These stats list him as the third best selling artist in the 20th century, as well as in the last 60 years.

Early Life: Johnny Mathis was born in Gilmer, Texas, on September 30, 1935. He was the fourth of seven children of Clem Mathis and Mildred Boyd. They moved to San Francisco and settled in the Richmond District, where Mathis grew up. His father had worked in vaudeville and when he noticed his son's talent for music, he bought an old upright piano and encouraged him to learn. Mathis began learning songs and routines from his father, his first song learned being "My Blue Heaven" He then began dancing and singing for visitors at his home, and at school and church functions.

When he was 13, he began working with a voice coach named Connie Cox. He studied with her for six years learning vocal scales, exercises, and voice production. He also learned classical and operatic singing. Mathis was a star athlete at George Washington High School and enrolled in 1952 at San Francisco State College on an athletic scholarship. He intended to become either an English teacher or a Physical Education teacher.

Career: Mathis got his start in the music industry at age 19 when he was spotted at an impromptu jam session by Helen Noga. Noga owned multiple night clubs, along with her husband, and began managing Mathis after having worked with some of the time's most talented jazz musicians. Together, the two began booking him multiple gigs, leading to a growing following and eventual record deal signed with Columbia Records.

His first LP album was released in 1956 and shortly after he released his first record album "Johnny Mathis: A New Sound in Popular Song." It was slow-selling, but he stayed in New York City to sing in nightclubs. He recorded his two most popular songs during this time, "Wonderful! Wonderful!" and "It's Not for Me to Say."

His appearance on "The Ed Sullivan Show" in June 1957 helped increase Mathis's popularity. Later that year, he released "Chances Are," which became his second single to sell a million copies. In November 1957, Mathis released "Wild is the Wind," which featured in the film of the same name. The song was nominated for an Oscar for Best Original Song and Mathis performed the song at the awards ceremony in March 1958.

His next album, "Johnny's Greatest Hits" spent an unbelievable 490 consecutive weeks and nine and a half years on the Billboard top 200 album charts, including three weeks at the number one spot. It held the record for the most number of weeks on the top Billboard 200 albums in the U.S. for 15 years until Pink Floyd's "Dark Side of the Moon" reached 491 weeks in October 1983. In 1958, Mathis made his second film appearance singing the song "A Certain Smile" in the film of that same title. The song was also nominated for an Oscar for Best Original Song.

Mathis left San Francisco in the summer of 1958 with the Nogas and they moved to Beverly Hills, where the Nogas bought a house and Mathis lived with the family. On New Year's Day in 1959, Mathis appeared on ABC's "The Pat Boone Chevy Showroom." He had two of his biggest hits in 1962 and 1963 with "Gina" and "What Will Mary Say."

By 1964, Mathis had parted ways with the Noga and established Jon Mat Records, incorporated in California on May 11, 1964, to produce his recordings. Mathis continued making music but the rising popularity of the Beatles and early '70s album rock kept his recordings out of the pop singles charts until he experienced a resurgence in popularity in the late '70s, beginning with the Christmas No. 1 single in the UK "When a Child is Born." In 1978, he recorded a duet with Deniece Williams called "Too Much, Too Little, Too Late." It hit No. 1 on the U.S. Billboard Hot 100 pop chart and was certified gold and silver in the U.S. and the UK. It was his first No. 1 hit since 1957. The duo released a follow-up duet, "You're All I Need to Get By," which peaked at No. 47 on the Hot 100. The success of the duets inspired Mathis to record others with a variety of partners including Dionne Warwick, Natalie Cole, Gladys Knight, and several others.

Mathis continues to perform live, but from 2000 forward, he limited his concert performances to fifty per year. He is one of the last pop singers who still travels with his own full orchestra, as opposed to a band. Mathis carries the distinction of having the longest tenure of any recording artist on the Columbia label, along with Bob Dylan, Barbra Streisand, and Bruce Springsteen. He's had five of his albums on the Billboard charts at the same time, an achievement reached by only two other singers, Frank Sinatra and Barry Manilow. Mathis has released 200 singles and had 71 songs charted around the world. Longtime "Tonight Show" host Johnny Carson stated that "Johnny Mathis is the best ballad singer in the world." Mathis has taped twelve of his own TV specials and made over 300 television guest appearances over the course of his career.

Personal Life: Mathis is also known for his love of sports, as well as his natural athletic talent. In fact, he could have potentially been an Olympic athlete, but missed the tryouts for the high jump. He still remains an avid golfer to this day and has achieved nine holes in one. He has hosted several Johnny Mathis Golf Tournaments in the UK and the U.S. Since 1985, he has hosted a charity golf tournament in Belfast.

Mathis also enjoys cooking and in 1982 he published a cookbook, "Cooking for You Alone."

He did not publicly disclose his sexual orientation for many years, but in 2017 confirmed to Us Magazine that he is gay. Mathis has undergone rehab for both alcohol and prescription drug addictions. He supports many charitable causes such as the American Cancer Society, the March of Dimes, the YWCA and the YMCA, the Muscular Dystrophy Association, and the NAACP. In 1964, he purchased a mansion in the Hollywood Hills, which was originally built by billionaire Howard Hughes in 1946. Mathis still maintains a residence here. 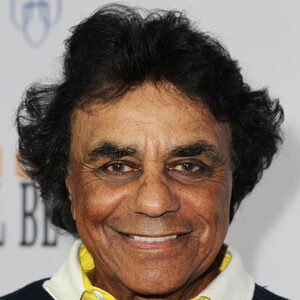