Johnny Hallyday net worth: Johnny Hallyday was a French singer and actor who had a net worth of $200 million at the time of his death. Johnny Hallyday was born in Paris, France in June 1943 and passed away in Marnes-la-Coquette, France in December 2017. He was credited with bringing rock and roll to France. Hallyday's singing career spanned 57 years and during that time he released 79 albums, selling more than 80 million records. Hallyday was one of the best selling artists in France as well as around the world and had 40 golden albums, 22 platinum, and five diamond albums. He performed more than 500 duets with nearly 200 artists. He had more than 3,200 concerts and nearly 200 tours and broke the record for ticket sales for a French artist when a million people gathered to see him perform at the Eiffel Tower. Hallyday was married to Sylvie Vartan and then to Babeth Etienne, Adeline Blondieau, and Laeticia Hallyday. Johnny Hallyday passed away on December 2017 at 74 years old of lung cancer.

Johnny Hallyday Estate Fight: Johnny was married to his last wife Laeticia from 1996 to his death. After he died Laeticia produced a will that was filed in Los Angeles, where the couple reportedly considered their primary residence. The held estates in Los Angeles and Gstaad, Switzerland to avoid France's unusually high taxes. Another potential reason Laeticia had Johnny file a will in Los Angeles is that in France you are not allowed to cut children out of your will. The American will that Laeticia produced upon Johnny's death cut his adult children out of the will entirely. His children filed a lawsuit that used Johnny and Laeticia's instagram posts to show that they spent only a minimal amount of time in the United States and at one point even spent 8 months straight in France. The goal was to show that they were still essentially French residents and therefore a previous will that did not cut off the children should either supersede or a new division of assets including the children should be forged. Amazingly an initial court agreed with the children, though Laeticia vowed to appeal. 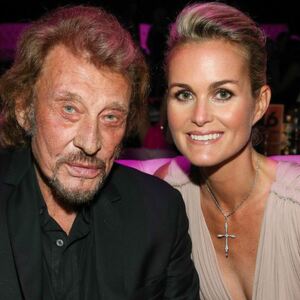