Johnny Gill net worth: Johnny Gill is an American R&B singer who has a net worth of $10 million dollars. Born in Washington, D.C., Johnny Gill began his professional singing career performing with a gospel vocal group made up of he and his siblings. He had private tutors throughout high school, as his performance schedule did not allow for regular class attendance.

After completing high school, he focused on his music career full-time. He released his debut album in 1983, and a second album, featuring duets with singer Stacy Lattisaw, soon after. Both albums yielded hit tracks. In 1987, he joined the band, New Edition, and released hit songs with the group, as well as continuing to record solo tracks. In the late 90s, he began touring with a supergroup called, LSG (Levert/Sweat/Gill). The trio released two very successful albums. He has released six solo studio albums to date, many of which have achieved Gold or Platinum status, with the most recent release being 2011's "Still Winning". 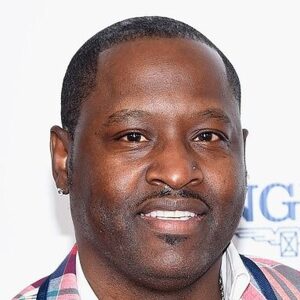