Johnny Clegg Net Worth: Johnny Clegg was a British-born musician and anthropologist from South Africa who had a net worth of $5 million at the time of his death in 2019. Johnny Clegg was born June 7, 1953 in Bacup, United Kingdom. During his career he recorded and performed with his bands Juluka and Savuka, and more recently as a solo act, occasionally reuniting with his former band mates. Sometimes called Le Zoulou Blanc (The White Zulu), he is a notable figure in South African popular music history, his songs mixing Zulu with English lyrics and African with various Western music styles. Clegg started the South African band Juluka with gardener and Zulu musician Sipho Mchunu. As a young man, in the early stages of his musical career, Johnny Clegg combined his music with the study of anthropology, a subject which he also taught for a time at the University of the Witwatersrand in Johannesburg, where he was influenced by the work of David Webster, a social anthropologist who was assassinated in 1989. His band Juluka was able to tour in Europe and enjoyed two platinum albums and five gold albums and the band became an international success. Juluka disbanded in 1986 when Sipho Mchunu was asked by his father to return home to look after the family cattle, although Mchunu later made solo recordings. In 2002 Clegg performed several songs and background music for Jane Goodall's Wild Chimpanzees DVD. Included in the extras on the disc was rare footage of Clegg in the recording studio. He is also credited with co-writing Diggah Tunnah with Lebo M. for Disney's 2004 direct-to-video animated film The Lion King 1½.

Unfortunately Johnny Clegg died on July 16, 2019 at the of 66 after a battle with cancer. 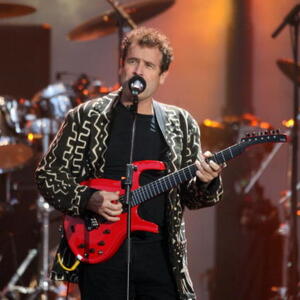