John Sykes net worth: John Sykes is an English musician and singer-songwriter who has a net worth of $10 million dollars. John Sykes was born in Reading, Berkshire, England, and first gained widespread notice when he joined the band, Tygers of Pan Tang in 1980. He served as the guitarist on two of their albums released in the early 80s.

He then went on to perform with Badlands, but the group never released any albums. From there, he was invited to join Thin Lizzy, and served as guitarist on what was to be their last album, as they broke up soon after finishing it. He was then invited to join Whitesnake and went on to co-write most of their album, "Whitesnake". The album subsequently became the most successful of their career. He went on to launch a solo career, and founded his own band, Blue Murder. As a solo artist, he has recorded 11 studio albums. 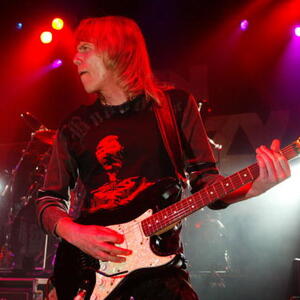