John Rich Net Worth: John Rich is an American country musician and TV personality who has a net worth of $9 million. Born in 1974 in Amarillo, Texas, John Rich moved to Nashville after graduating high school to be a professional team roper. He soon joined the band Lonestar as the bass guitarist and wrote several songs, including chart-topper "Come Cryin' to Me".

He was asked to leave the group in 1998 and pursued a solo career with two singles and a debut album that wouldn't be released for about eight years. In the early 2000s, he joined Big Kenny to form the group Big & Rich. As of early 2014, they released four studio albums together: "Horse of a Different Color" in 2004, "Comin' to Your City" in 2005, "Between Raising Hell and Amazing Grace" in 2007, and "Hillbilly Jedi" in 2012. Ten singles hit the country charts with "Lost in This Moment" climbing to number one. Rich continued to write songs for other artists while with Big & Rich, including Gretchen Wilson's "Redneck Woman", Faith Hill's "Mississippi Girl", and Jason Aldean's "Why". He hosted reality show "Gone Country" in 2007 and judged NBC's "Nashville Star" a year later alongside Jewel, Billy Ray Cyrus and Jeffrey Steele. Rich was part of a season of Donald Trump's "Celebrity Apprentice" and defeated Marlee Matlin in the live season finale. He won more than one million dollars for St. Jude Children's Research Hospital. Rich is an active political enthusiast who has publicly supported candidates John McCain, Doug Hoffman and Zach Wamp. He has been married to his wife, Joan, since 2008 and they have two children. 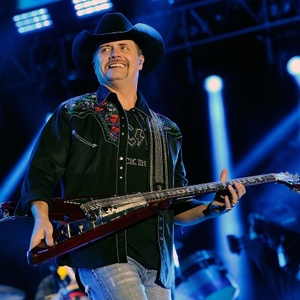