John Paul Young net worth: John Paul Young is a Scottish Australian pop singer who has a net worth of $20 million. John Paul Young was born in Bridgeton, Glasgow, Scotland in June 1950. He is best known for his hit single "Love Is in the Air" which was released in 1978. Young's debut studio album Hero was released in 1975 and reached #9 on the Australian charts. His 1976 album J.P.Y. also reached #9 in Australia. Young released the album Green in 1977 and the album Love Is in the Air in 1978. That album charted in Australia, Norway, and Sweden. He went on to release the albums Heaven Sent, The Singer, One Foot in Front, Now, and In Too Deep. His single "Love Is in the Air" reached #1 on the US Adult charts and the Top 10 in Australia, South Africa, the UK, Austria, Germany, the Netherlands, Norway, and Sweden. Young also had #1 hits in South Africa with the songs "Yesterday's Hero" and "I Hate the Music". He often appeared on the ABC TV series Countdown and was inducted in tot eh Australian Recording Industry Association Hall of Fame in 2009. 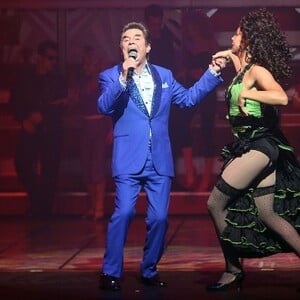