Montgomery's musical talent caught the attention of Atlanta Records and his solo career was born. In 1992, he released his debut album, Life's A Dance, which went triple-platinum and the hit single, I Love the way You Love Me was named song of the year by The Academy of Country Music. The second album, Kickin' It Up, went quadruple-platinum, selling over 4 million copies. The album produced a number one hit, I Swear which was later covered by the group All-4-One. Montgomery continued to produce platinum-selling albums with singles becoming more of a firm fixture in the charts. By the mid 90s, Montgomery put his career on hold due to a vocal coral injury. Within months he was back on form, producing pop-orientated albums which did not do as well as his country albums. In 2004, he signed with Warner Bros. With Warner Bros, he produced several fairly successful albums. In 2008, Montgomery founded his record label, Springtown Records. That same year, he released his first album from the label. That album was called, Time Files. 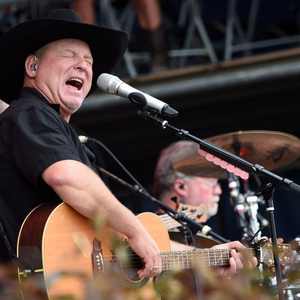