John Lodge net worth: John Lodge is an English musician, singer, and songwriter who has a net worth of $18 million. John Lodge was born in Erdington, Birmingham, England, United Kingdom in July 1945. He is best known for being the bassist and a vocalist for the band The Moody Blues. The Moody Blues formed in 1964 and released 16 studio albums through 2003 including the #1 albums in the UK On the Threshold of a Dream in 1969, A Question of Balance in 1970, and Every Good Boy Deserves Favour in 1971. The Moody Blues' albums Seventh Sojourn in 1972 and Long Distance Voyager in 1981 both reached #1 in the US and Canada. Their most popular singles include "Nights in White Satin", "Go Now", "Question", and "Tuesday Afternoon". Lodge joined in 1966 after the band's first album was recorded. As a solo artist he released the album Blue Jays with Justin Hayward in 1975 which reached #4 in the UK. He has also released the albums Natural Avenue in 1977 and 10,000 Light Years Ago in 2015. 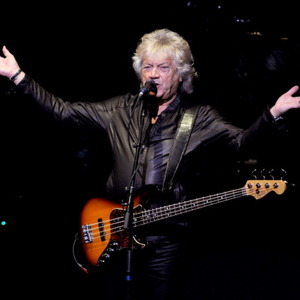